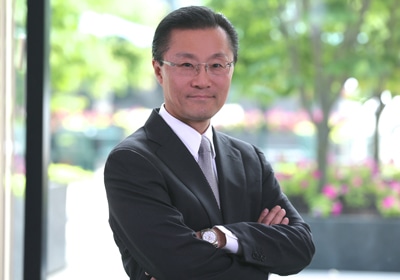 Target has selected Don Liu, an executive vice president and general counsel for Xerox, to take over the top legal position at the Minneapolis-based retailer.

Liu’s official title will be executive vice president, general counsel and chief legal officer at Target Corp., effective August 22. He will oversee all legal, corporate governance and government affairs matters at the company.

Liu is replacing Tim Baer, a 23-year Target veteran, who will officially retire in July 2017. For the next year, Baer will serve in an advisory role, assisting Liu’s transition into his new role.

“Tim’s leadership has been integral to Target’s success and we are grateful for his years of service,” said Brian Cornell in a statement. “As Tim transitions to retirement, I look forward to welcoming Don to our team. His extensive legal expertise as well as his deep business acumen will help us continue to navigate the increasingly complex business environment with the highest standards of ethics and integrity.”

Prior to Liu’s position at Xerox, which began in 2007, he held executive positions at real estate company Toll Brothers Inc. and office equipment provider Ikon Office Solutions. In 2014, the National Law Journal named Liu one of “America’s 50 Outstanding General Counsel.”

“I am privileged to join Target as general counsel,” Liu said in prepared remarks. “I look forward to building Target’s business and positively impacting its reputation.”