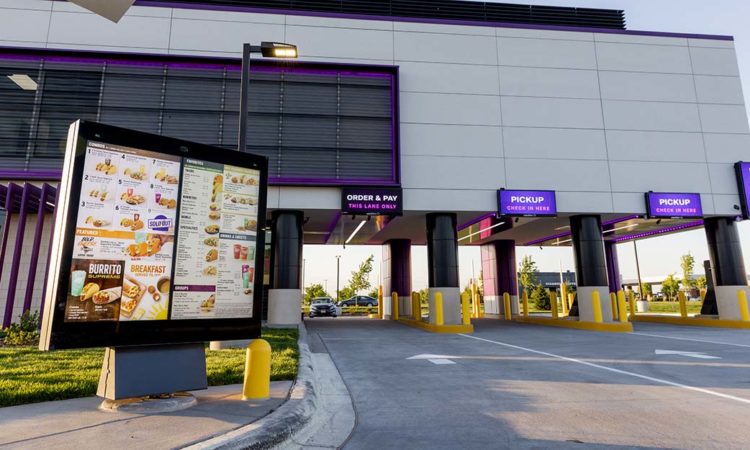 The future of the fast-food drive-through is here and Minnesota is at the forefront.

The chain location’s model features an elevated kitchen and vertical lift that delivers food to four drive-through lanes. The company touts a streamlined experience with service times slashed to under two minutes. Three lanes are dedicated to customers ordering via app and third-party food delivery drivers, with one lane dedicated to traditional drive-through orders.

The new concept includes a unique two-story design by Minneapolis-based Vertical Works LLC, WORKSHOP, and PD Instore. Employees working on the second level above the drive-through communicate via digital screens and video and provide contactless delivery through a proprietary lift system.

“Taco Bell Defy embodies the innovative, entrepreneurial spirit of Minnesota businesses and franchisees,” Lee Engler, co-founder and CEO of Border Foods, said in a news release. “It is a creative, technological solution for a faster, contactless experience for as many Taco Bell fans as possible and is poised to be the future of quick-service dining.”

The rise of food delivery services such as Doordash and Uber Eats—heightened during the pandemic—factors heavily into the design of Taco Bell Defy.

Border Foods, a family-owned franchisee of Taco Bell headquartered in New Hope, Minnesota, owns 230 locations across the Upper Midwest. Border Foods leadership have said they plan to open a second Taco Bell Defy location in Minnesota next year, according to a report by Axios.

Don’t expect a Taco Bell Defy in Minneapolis proper, though. In 2019, the city banned the construction of any new drive-throughs.