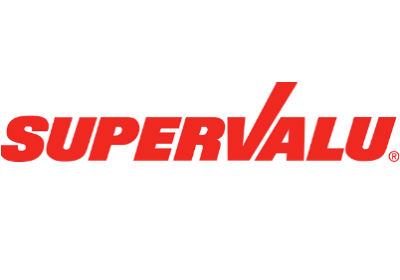 Supervalu Lays Off 85 IT Employees, 50 in MN

The cuts are part of the struggling grocer’s plans to restructure its technology department in an effort to reduce costs and increase efficiency.
August 12, 2012

Supervalu, Inc., is laying off 85 IT employees nationwide, including about 50 who work at its Eden Prairie headquarters, spokesman Jeff Swanson confirmed Wednesday.

The layoffs are part of the struggling grocer’s plans to restructure its technology department in order to cut costs. The company will also redefine the roles of approximately 300 IT employees to make the department more efficient, Swanson said.

In addition to the 50 laid-off Twin Cities employees, about 20 workers in Idaho and roughly 15 in Utah will lose their jobs. There are also a few open positions that will not be filled, Swanson said. Affected employees were notified during the past week, and they will be laid off within about a month.

In recent months, Supervalu has been closing stores, cutting jobs, selling off some businesses, and lowering its debts in an effort to turn itself around. In June, the company announced plans to cut between 2,200 and 2,500 jobs at its Albertsons supermarkets in California and Nevada. Last month, it said it plans to eliminate 39 marketing positions across the country, and in February, the company announced plans to cut about 800 positions from its corporate and regional offices, including roughly 200 jobs in Minnesota.

Just this week, the company’s board dismissed Craig Herkert—its chief executive for the past three years—and replaced him with Chairman Wayne Sales. Following the announcement on Monday, Swanson told Twin Cities Business that the board decided “this change would be important to the company’s efforts to improve our sales and earnings trajectory and generate long-term shareholder value.”

Meanwhile, Supervalu said last month that it has begun reviewing “strategic alternatives” and is considering a sale. That announcement was made in conjunction with the company’s dismal first-quarter earnings results, which prompted it to suspend its quarterly dividend.

The Eden Prairie-based grocer earned $41 million, or 19 cents per share, for the quarter that ended June 16—a year-over-year drop of about 45 percent and significantly shy of the 38 cents per share that analysts were expecting. Revenue, meanwhile, totaled $10.6 billion, down 4.7 percent from the same period a year ago and less than the $10.8 billion that analysts expected.

Supervalu is among Minnesota’s five largest public companies based on revenue. It has approximately 4,400 stores and employs roughly 130,000. The company reported a net loss of $1 billion on net sales of $36.1 billion in its most recently completed fiscal year.