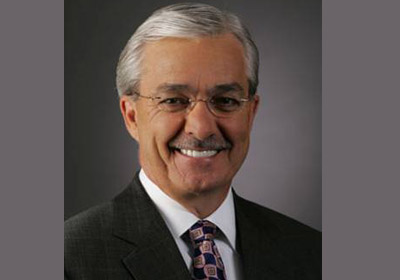 After three years as the head of Supervalu and a collective 46 years in the grocery and retail business, Sam Duncan will leave the company in February 2016.
October 12, 2015

Sam Duncan is stepping down as president and CEO of Eden Prairie-based food retailer SuperValu after three years at the company. His retirement is effective Februrary 26, 2016 – the end of the company’s fiscal year.

Duncan, 63, described the departure in a statement as “a bittersweet moment” after having spent 46 years in the grocery and retail business. He is leaving the industry to spend more time with his family and on personal interests in Portland, Oregon where he currently resides.

SuperValu is best known as the parent company of Cub Foods in Minnesota. It runs several other grocery chains—which it calls “banners—including Hornbacher’s and Save-A-Lot among others.

“[Duncan] helped stabilize the business following the sale of the five retail grocery banners and has led a turn-around in the performance of the entire company,” Supervalu board member Jerry Storch said in a statement.

The company is already vetting internal and external candidates as a potential replacement.

According to the release, Supervalu has annual sales of approximately $18 billion and operates nearly 3,600 total stores with roughly 40,000 employees.