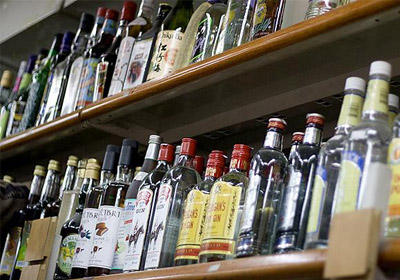 Each year the vote totals were dismal for supporters of an effort to lift Minnesota’s ban on Sunday liquor sales. In 2010, legislators in the House defeated Sunday liquor sales on a 110-20 vote. Two years later, Sunday sales went down 99-21, and the proposal only garnered 21 yes votes to 106 “nays” last year.

But this year, even while declaring any progress on Sunday sales dead for the 2014 session, supporters pointed to a few votes they say shows legislators are changing their minds on the perennial issue.

Senator Roger Reinert, DFL-Duluth, pointed to the 43-22 vote in the Senate to restore a stripped-out provision to allow the sale of growlers in taprooms on Sunday. In the House, Representative Jenifer Loon, R-Eden Prairie, noted that legislators were one vote shy of stopping an effort to move a liquor bill forward without the Sunday growler sales provision.

Sunday sale of growlers—64-ounce jugs that can be filled with beer and taken home by customers—didn’t make it into a final liquor bill heading to Governor Mark Dayton’s desk, nor did a full Sunday sales repeal, but advocates say an intensified lobbying effort has bolstered their support in the legislative ranks.

“Less than a baby step, maybe it’s an infant crawl, but forward progress,” Reinert said of their efforts this year. “Anyone who watched this issue this session knows that there was far more energy and engagement.”

Public polling shows Minnesotans support Sunday liquor sales with more than 60 percent support, but the issue is regularly squashed by opposition from Mom and Pop liquor stores—represented by the Minnesota Licensed Beverage Association—and Teamsters union members. They argue Sunday sales would just spread the same profits out over seven days instead of six. Liquor sales on Sunday have had bipartisan support and opposition in the past, with some opposing on moral or religious grounds.

But lobbying has intensified to take Minnesota off the list of 12 states that ban Sunday liquor sales. Resolutions supporting Sunday liquor sales have been adopted by a handful of local DFL and GOP parties around the state, and supporters have sent thousands of emails to their representatives and senators and used social media to highlight their cause.

“I think the louder people are the more you see legislators changing their minds on this issue,” said Andrew Schmitt, director of the Minnesota Beer Activists.

Representative Ryan Winkler, DFL-Golden Valley, had a sizable number of Sunday sales supporters show up to one of his recent town hall meetings, including a liquor store owner in his district.

“I don’t think buying alcohol on Sunday is an important issue in the scope of all the things we could be doing here, but enough people have said they care,” Winkler said. “I have always felt if small business wants to be closed on Sunday, that’s something we could respect at the Legislature. But as the opinions are changing in the small business community, and the liquor store people start to change their points of view, I’m open to re-looking at the issue.”

For years Representative Carlos Mariani, DFL-St. Paul, heard nothing from the Sunday liquor sales supporters. He heard a lot from the small liquor stores in his district.

“These [small liquor store owners] are actually my neighbors. I know them. They are hard working folks,” he said. “My concern is that this doesn’t end up greatly advantaging the big box store operations.”

But Mariani now says it’s just a “matter of time” before Sunday sales is legal in Minnesota, and he’d rather move forward with the proposal. “It reflects the habits and the psychology of the public, the ability to have that choice and the ability to exercise it,” he added. “There’s something kind of growing out there in terms of an expectation here.”

House Minority Leader Kurt Daudt, R-Crown, was not only opposed to Sunday liquor sales last year, he rose on the House floor to push back on efforts to repeal the ban. Now, he says he’d support the bill if it came up on the floor.

Reinert and Loon teamed up at the start of the session on lifting Sunday sales restrictions and opted for the “see what sticks” approach.

They introduced a package of bills that tackled the issue at different angles. One allowed local governments to choose whether they wanted to opt into Sunday liquor sales, while another lifted Sunday restrictions on taprooms in the state. Of course, the full repeal of Sunday liquor sales was included, both as a standalone bill and as a ballot question for voters.

Sunday sales of growlers made it into the House liquor bill, but DFL Representative Joe Atkins stripped the provision at the last minute in an effort to line up with a bill moving in the Senate. DFL Senator James Metzen brought a liquor bill to the Senate floor without the Sunday growler provision, but laid his bill on the table when senators voted to bring it back. Reinert said opposition from Teamsters, who did not return a call seeking comment, were the reason growler sales died this year. The union members worried growler sales would re-open their contracts with wholesalers, Reinert said.

In the end, only a provision that allows taprooms to be open Sunday with municipal support made it into the final bill. The non-controversial liquor bill heading for Dayton—who says he supports Sunday liquor sales—also grants liquor licenses around the state, extends beer sales at the University of Minnesota’s TCF Bank Stadium and allows bars to stay open later during the state’s upcoming All-Star Game.

A full Sunday liquor repeal didn’t get an up-or-down vote in the House this year, and the Senate rejected the full repeal 42-22.

“The Sunday taproom provision I don’t think would have passed last year, that’s how things are starting to change. The growler provision passed the Senate,” said Atkins, who regularly carries the omnibus liquor bills and supported an effort to add Sunday growlers sales to his bill this year.

“Attitudes are shifting a little bit, but for most people it’s still not the kind of issue that makes or breaks their support here.”

Time for the ballot?

Sunday liquor sales will also be a campaign issue this fall. Schmitt said activists are likely to provide boots-on-the-ground support to candidates who support Sunday sales.  “It’s 2014 and it doesn’t make sense to elect someone who doesn’t support an issue the public supports two to one,” he said.

Reinert is still perplexed by how the Sunday sales debate unfolded under a DFL-controlled Legislature.

Said Reinert, “I’m starting to think it might be the only way to get this done.”