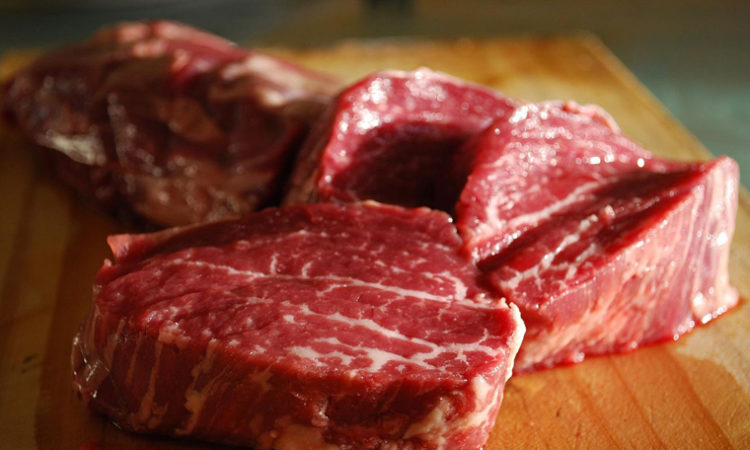 The meat market wants to introduce its products into grocery and convenience stores around the country.
April 07, 2017

M.D. Stittsworth Co., a family-owned butcher shop out of Bemidji, announced Friday that it would spend nearly $1.9 million and create 26 jobs in effort to expand its business into the wholesale market, allowing it to sell its meats to grocery and convenience stores.

Mychal Stittsworth, owner of the company (also known as Stittsworth Meats), said a critical element of the expansion effort would be the establishment of a “mobile slaughter facility.”

“It’s basically a USDA-inspected slaughter site on wheels,” he told TCB. “What we’d do is have it set up on a farm, which is better than transporting the animal to a slaughterhouse. An animal loses a grade of quality when it gets trucked around because of stress and adrenaline. So a farmer will make an average of 15 percent more profit than selling to a [slaughterhouse].”

Stittsworth’s concept isn’t new. The idea of mobile slaughter facilities came out of Washington state in 2002 as a way to more directly transport fresher, higher-quality meats to restaurants, stores and consumers.

For a company like Stittsworth Meats, the operation would result in a significant cut in operating expenses.

“Altogether, it takes out about five middlemen,” Mychal Stittsworth said. “For beef, as an example, it takes out about 267 percent as far as costs go. When I calculated it recently, commodity price was about $1.17 a pound for beef. For comparison, if we were to buy steaks and other cuts from a sales barn, the cost for us would end up being about $4.50 a pound.”

As work on the company’s expansion plan progresses, Stittsworth aims to expand his company’s products, which will be packaged under the store’s brand name, as well as under private labels. So far, he said 15 grocery stores and a couple of convenience store chains are already on board to carry the company’s meats.

“About 60 percent of those are stores that are out of state,” Stittsworth added. Some stores in the Twin Cities area will also feature its products.

Stittsworth Meats was founded in 1993 with a focus on making bratwursts. Over the years, it grew its meat line-up to include turkey, pork, chicken, bison, and lamb, as well as deli meats and cheeses.

In support of the company’s expansion, Minnesota’s Department of Employment and Economic Development (DEED) is contributing $173,316 in the form of a grant through its Job Creation Fund.

“This expansion will create good jobs for Minnesotans, and shows how the Minnesota Job Creation Fund can provide homegrown businesses the capital they need to expand,” said Shawntera Hardy, commissioner of DEED, in a statement.

Stittsworth Meats will receive the state financial support after its investment and job creation commitments have been met, DEED said.