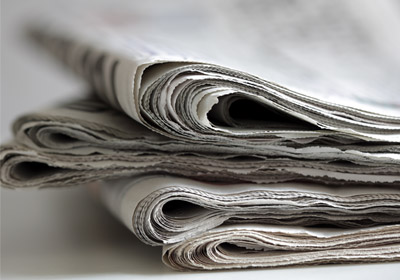 The Minneapolis newspaper is one of the largest city dailies to offer free digital access to the Washington Post.
July 13, 2014

Star Tribune subscribers recently got a seemingly out-of-the-blue offer: They could sign up for a 52-week digital subscription to the Washington Post.

The catch? There is none: It’s free.

The Minneapolis-based Star Tribune isn’t unique. It’s one of more than 115 newspapers across the country that have partnered with the Post to offer the free digital subscriptions, although it was one of the first to sign on. The Washington Post announced the new program in March and began launching it in various cities in May.

“They were one of our earliest partners,” Brian Weiss, manager of business development and partnerships for the Washington Post, said of the Star Tribune.

Weiss said that the Post's digital package typically costs $14.99 per month, which works out to about $180 per year. So what’s in the deal for the Post?

“We always have had what we think is really good national and international content. We’re looking basically for a vehicle to put that content in the hands of a brand new audience,” said Weiss. “This exposes our content to a huge new audience. . . . We gain tremendous digital scale.”

For the moment, the deals don’t include any agreement to share news stories or other content, but that could change. Weiss said that that the Post has started talking with some partners about future possibilities.

“Right now we are not doing any content sharing,” Weiss told TCB. “However, as the program has evolved, we’re talking about other ways that we can partner.”

Weiss acknowledged that at some point in the future, the free partnership program will end and that the Post ultimately hopes to convert readers into paying customers, who will consider the Post an essential part of their media diet. But for now, subscribers already paying for the Star Tribune can get the Post for nothing.

“We’re committed to doing this for several years. We’re very much thinking for the long term,” Weiss said of the free digital partnership plan.

“The most surprising thing has been the speed and volume of response. . . . We were really, really impressed by the response from our subscribers,” Steve Yaeger, spokesman for the Star Tribune, told TCB. “It makes a Star Tribune subscription even more valuable. We’re happy with it so far.”

The Post has also struck a deal with New York-based Digital First Media to offer the same deal to all of the papers in its chain—including the St. Paul Pioneer Press. Weiss said that subscribers to the Pioneer Press can expect to see the same offer soon.

But Weiss noted that the Star Tribune is among the three largest city papers to have partnered with the Post, along with the Dallas Morning News and the Denver Post.

Weiss declined to disclose statistics about how many digital subscribers the Post has added through the program, but said: “So far we’re very happy and it sounds like our partners are happy.”

Newspaper owners have been trying to adapt to a rapidly changing landscape of declining advertising and intense competition from digital channels. Many newspapers, including both the Post and the Star Tribune, have new owners who are trying to navigate through a shifting business climate. Minnesota billionaire Glen Taylor just this week finalized his purchase of the Star Tribune. Financial terms of the deal were not disclosed, but the price has been reported to be approximately $100 million.

“With the ownership change we had the chance to take a look at our current strategy and where it could go,” said Weiss. “Jeff is aware of everything that we’re doing here.”