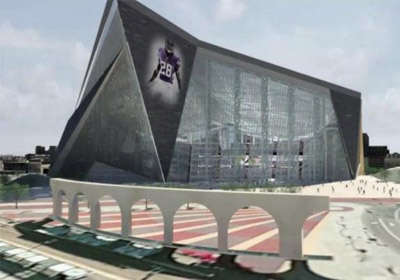 The Authority had to step back and re-examine the Wilf family's ability to pay its share of the stadium after a New Jersey judge found the family had committed civil fraud in a real estate deal there.
September 15, 2013

The Minnesota Sports Facilities Authority has taken a preliminary look at the finances of Vikings owners and declared that everything seems fine.

More information is coming, said a statement from Authority Board Chair Michele Kelm-Helgen, but for now: “[B]ased on the information received to date, we have indications that the Team will have the financial capability to move forward with the stadium project.”

That means the stadium work can still start this fall with the team beginning play there in 2016.

The Authority had to step back and re-examine the Wilf family's ability to pay its share of the stadium after a New Jersey judge found the family had committed civil fraud in a real estate deal there. The judge plans to announce later this month the amount of damages to be paid, which could be in the tens of millions.

But the Facilities Authority's final report will be completed by next week, before the judge's ruling.

While the details of the Wilf's finances uncovered in the Authority probe won't be made public, the process their investigators went through will be, Kelm-Helgen said:

“The report will detail our due diligence process and provide findings to the Authority. We expect this report to be finalized next week and will make this public as soon as we receive it.”

Meanwhile, in New Jersey, the Wilf lawyers are working to keep the family finances secret in that proceeding, too, the Star Tribune reports.

A hearing on keeping the family's finances sealed in that case will be held Monday, following Superior Court Judge Deanne Wilson's ruling last month that Zygi and Mark Wilf had committed fraud, breach of contract and violations of the state’s civil racketeering statute. The judge said: “I do not believe I have seen one single financial statement that is true and accurate.”

And MPR reports today that even if the judge nails the Wilfs with huge damages, the team might not have any problem paying its share of the stadium costs.

Basically, the story says that based on league averages, the Vikings could pay as little as $3 million out of pocket to come up with its $477 million share of the nearly $1 billion stadium. (The public is paying the rest.)

According to the Vikings and published reports, NFL teams have averaged about $154 million in PSL [personal seat licenses] revenue since 1995 and the equivalent of $120 million in present value in the 10 most recent long-term naming rights deals. Add that to an expected $200 million NFL loan subsidized by the league, and that’s $474 million right there.

And that would be just $3 million short of the $477 million the Vikings pledged as their share of the stadium.