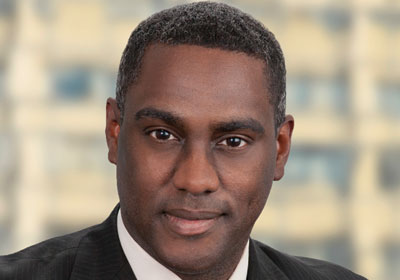 If Kris Humphries had retained Lee Hutton III before he married Kim Kardashian, the ex-Gopher and current NBA player better known for his tabloid troubles than his jump shot might have saved himself some trouble.

Hutton, a former Golden Gopher football letterman who joined Minneapolis law firm Zelle Hofmann Voelbel & Mason in January, represented Humphries in the player’s divorce proceedings, which ended in April. The ballplayer contended he was defrauded into the marriage.

“I would never advise someone to marry or not to marry,” says Hutton, who won’t comment on the case besides saying that his client is “enthusiastically happy” even though he did not attain the annulment Humphries sought. “But [with] a lot of my clients, we do talk about life skills issues—how to speak in public, how to act professionally.”

“I’m different from a sports agent in that I do more,” says Hutton, who counsels 15 athletes and entertainers on a range of financial and professional issues. It’s a specialty he developed while at Lommen Abdo Cole King & Stageberg, another Minneapolis firm with an extensive entertainment practice.

“Part of my representation does include taking 18- and 19-year-olds and sometimes even older, and discussing with them adult responsibilities they need to understand when being in the spotlight,” Hutton says. As a self-described “lead blocker,” Hutton seeks to help his clients develop a “persona into something that’s marketable and likable.”

One client Hutton cites as a success story is former NFL wide receiver Hank Baskett, who spent some time with the Vikings before retiring in 2010. Baskett now owns a California fitness chain and raises money for cancer research through a foundation he has established. “He’s found his niche in post-play business opportunities,” Hutton says. In other words, financially and socially responsible. “That’s where I want to see my clients” after their sports careers, he says.