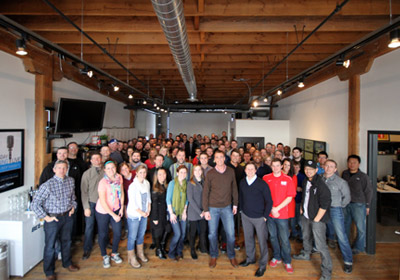 The sports software firm has closed on nearly $30 million in investments in the last month alone.
July 31, 2014

Sport Ngin, a Minneapolis-based sports software firm, said it recently raised $4 million in its latest financing round—bringing its total funds raised since its 2008 inception to $39 million.

The investment, from Mankato-based Taylor Corporation and Spanish language TV network Univision, comes on the heels of a $25 million round of investing that the firm closed on less than a month ago.

Sport Ngin’s platform, called NGIN, is focused on youth and amateur sports, which the company describes as a multibillion-dollar market. Its thousands of clients—including local organizations and national sports governing bodies such as USA Hockey—tap the platform to run their websites and manage tournaments, leagues, player registration, and mobile applications.

The Taylor Corporation is a holding company run by Glen Taylor, who owns the Minnesota Timberwolves, the Minnesota Lynx, and who recently bought the Star Tribune, for roughly $100 million. For an in-depth look at how Taylor has worked to transform the Timberwolves, read Twin Cities Business’ in-depth 2012 profile on the team’s owner.

“Our investment in Sport Ngin realizes our interests in superior technology companies with a leadership team and business model second to none in this sector,” Taylor Corporation said in a statement.

Justin Kaufenberg, co-founder and CEO of Sport Ngin, said both of the investors who contributed to the $4 million understand the market opportunity at the intersection of media and sports.

“Taylor Corporation helps businesses and individuals communicate their messages and build memorable brands. That is our goal at Sport Ngin in the youth and amateur sports technology market,” Kaufenberg said in a statement.

And the investment from Univision “gives Sport Ngin the ability to tap into the popularity of soccer and the rising influence of the Hispanic community in the U.S.,” he added.

According to Kaufenberg, hundreds of thousands of teams and millions of athletes, volunteers, and fans across North America use the NGIN platform every day, allowing them to cut down on the time they spend on management and administration.