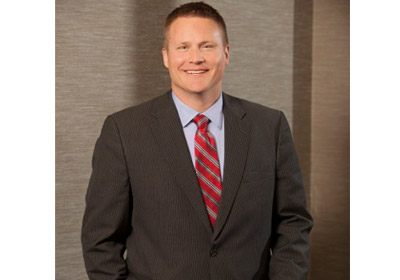 The Fargo-based company is on pace to double its assets every five years after recent expansion into the Twin Cities.
December 27, 2014

It’s time for another change at Fargo, North Dakota-based Bell State Bank & Trust—the largest since the company expanded into the Twin Cities and rebranded itself entirely. The company announced Wednesday that President Michael Solberg will take over as CEO, a position his father, Richard Solberg, held for 32 years.

Richard Solberg, 68, will remain chairman of Bell State's board. Michael Solberg. 42, becomes the company’s third CEO since its 1966 charter as State Bank of Fargo. He’ll helm a bank that now bills itself as the largest independent bank in Minnesota and the Dakotas, with assets north of $3 billion. Solberg first served as president starting in 2008. During that time, he said, Bell State compiled six-straight record years despite a global financial crisis and the Great Recession.

In a news release earlier Wednesday, Richard Solberg said the timing was right to pass the torch to his son. Michael Solberg later told Twin Cities Business that his father is at a point in his life where he’d like to spend time with other interests. “But the great news for me and for us is he’s not going away. He’s going to remain chairman of the board and stay very impactful.”

Under Richard Solberg, then-named State Bank of Fargo expanded from a single north Fargo location with $28 million in assets to today’s 20 locations and 900 employees in North Dakota and Minnesota with assets north of $3 billion.  It also now has nearly $4 billion in assets in its wealth management division.

A 2011 acquisition of Minneapolis-based Bell Mortgage signaled the company’s first steps into the Twin Cities and also resulted in taking on a 130-year-old brand. Additional acquisitions of First National Bank in Hawley and Minnetonka-based The Business Bank—and its mortgage division—further increased its reach in recent years. Since then, Bell State has also established a Twin Cities headquarters in the Colonnade in Golden Valley and opened a Woodbury branch.

Michael Solberg said Wednesday that the company’s expansion into the Twin Cities was necessary to maintain the growth rate of more than 15 percent each year it had come to expect—a difficult task if confined to North Dakota’s Red River Valley Market. Moving here, Solberg said, helps Bell State keep on pace to continue doubling its assets every five years with $6 billion a future goal.

“We’ve been very fortunate to have had a good run recently,” he said.