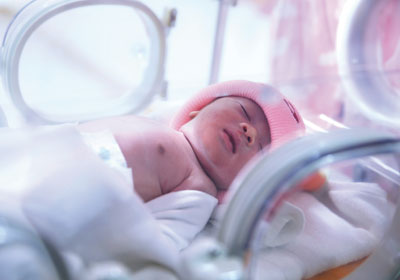 A Duluth-based IT firm reinvented itself to provide critical access solutions.
March 02, 2016

Up in the Northland, the word “sisu” is used frequently throughout the winter. It’s a Finnish word that can be translated as “endurance” or “stamina in the face of adversity.” It’s arguably a trait rural hospitals have to evince. Though all hospitals face big challenges in terms of costs, regulations and staffing, smaller ones have distinctive challenges.

“Small hospitals right now are being incredibly scrutinized by the federal government,” says Mike Delfs, CEO of Mercy Hospital in Moose Lake. Facing extremely tight bottom lines, Delfs notes, “Sisu is one of many things small hospitals do to basically stay in business without having to be absorbed by a large hospital system.”

The Sisu that Delfs is referencing is a business: Three years ago, the Duluth-based organization providing technology services to hospitals like Moose Lake was itself looking for a way to survive changes in the health care market. Sisu Healthcare IT Solutions has transformed itself from a nonprofit organization to a for-profit business. It did so largely because of the major challenges that health care facilities are confronting, and the ways that technology is evolving to meet those challenges.

Founded in 1997, Sisu began as a nonprofit cooperative. It was an innovative approach to IT, growing out of the technology department of the former Miller Dwan Medical Center in Duluth, which was absorbed by the Essentia Health system. It pooled technology capabilities to help keep IT costs down. In time, Sisu grew into a nonprofit providing IT services to 17 hospitals in northeastern Minnesota.

By 2012, however, the Sisu board recognized that the model had reached the end of its useful life. Many cooperative members had been merged into other groups. To remain a viable organization and continue to provide member services, Sisu had to change.

“The membership, because of the consolidation and because of the math given the cost allocation, started questioning whether they were getting the same value,” Sisu CEO Scott Lee recalls. The board decided that Sisu had to become a for-profit entity—and expand its client base.

Now, Sisu offers IT services and solutions for the healthcare provider segment with a focus on community and rural healthcare organizations, including “critical access” hospitals. Rural hospitals that are deemed “critical access” focus on short patient stays and 24/7 emergency services. They will refer patients with conditions requiring longer stays or more specialized treatment to larger hospitals—typically in urban areas many miles away. Medicare is an important consideration for Sisu because a high percentage of the revenues for critical-access hospitals are driven by Medicare reimbursement, says Kevin McArdle, Sisu’s chief revenue officer. Rural critical-access hospitals are “paid differently,” McArdle says. “They need somebody who understands that. They’re not just smaller versions of metro hospitals.”

Sisu provides expertise in data management. “Sisu does not own its data center,” McArdle says. “We partner with Involta, a company specializing in world-class data centers across the country, to ensure the highest level of security and protection of our customers’ data and information.”

Lee says these hospitals “want to be able to understand their population specific to their community and who they serve: what’s trending, what’s not; what works, what doesn’t.” Sisu’s other selling points relate to cost savings. It can help hospitals keep up with the almost continuous changes in technology and reimbursement. And its infrastructure means that cash-strapped small hospitals don’t need to buy millions in equipment.

Lee, whose diverse background includes executive positions at GE Healthcare and several smaller medical firms, became Sisu’s CEO in late 2012. Sisu began building up its sales, marketing and other capabilities in 2013 that it didn’t need as a nonprofit. In 2014, the company brought on two new clients. The company has continued to build up its for-profit infrastructure.

“Now we’re into our growth strategy,” Lee says. In October, Sisu picked up a new client, Sleepy Eye Medical Center. More recently, the company secured a multi-year partnership to provide electronic health records management, hosting services and other IT support to Redwood Area Hospital in Redwood Falls. Sisu is looking at other areas with high concentrations of critical-access hospitals, Lee says. It is prospecting for clients in a 10-state region that runs from Minnesota to Texas.

Delfs became Sisu’s chairman about a year and a half ago. One of his goals as a hospital CEO has been to keep his facility independent. “Larger systems, when they take over small hospitals, tend to move a lot of the services out of that small town and move them to wherever their larger tertiary hospital is,” he says. He cites surgery and rehabilitation services as two examples of such services.

“We have a large number of people who are seniors who don’t drive or don’t particularly want to drive,” Delfs says. Maintaining independence “is a way to make sure that health care’s still available for a local rural community.” Sisu’s IT services, he adds, are “a terrific illustration of what small hospitals have to do to be able to keep the doors open and provide services for their communities.”