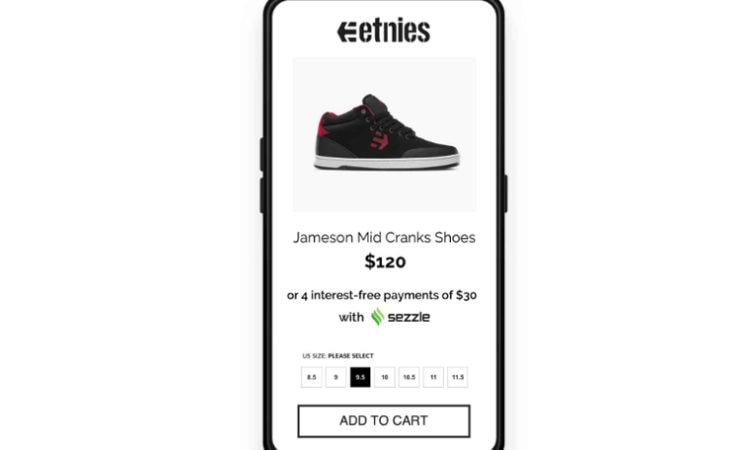 Minneapolis-based digital payments company Sezzle Inc. announced Monday that it has more than 1 million consumers using its “buy now, pay later” platform. Sezzle, which launched in 2016, hit 500,000 customers in August 2019. The company doubled the number of customers using its service in less than six months. Sezzle allows customers to pay for products through four payments with participating retailers.

Sezzle reported its fourth quarter results at the end of January. Those numbers showed that underlying merchant sales topped $100 million for a quarter for the first time. The company reported collecting $5.8 million in merchant fees for the quarter, up 544 percent from the fourth quarter of 2018. Sezzle also reported that more than 10,000 retailers were actively using its payment platform.

“The Sezzle team is extremely proud to have reached this pivotal milestone,” said Paul Paradis, Sezzle's chief revenue officer and co-founder, in a statement. “One million active users is a huge operational achievement, and a testament to the value our users see in our product.”

Sezzle is an increasingly global operation. Last year, it started operating in Canada and opened a Canadian headquarters office in Toronto led by Patrick Chan, a veteran of both PayPal and Salesforce.

Sezzle co-founder and CEO Charlie Youakim said that the company now considers both Minneapolis and Toronto to be headquarters locations. He adds that the company also has sales offices in New York and Los Angeles, as well as a tech office in Bangalore.

Sezzle has drawn lots of attention as one of the most promising startups to emerge from Minnesota in recent years. In November 2018 Sezzle announced securing $100 million in debt financing. Youakim said that the company replaced that financing with a different $100 million debt package in late 2019 which was under better terms for the company.

In July 2019, the company went public down under and is listed on the Australian Securities Exchange.