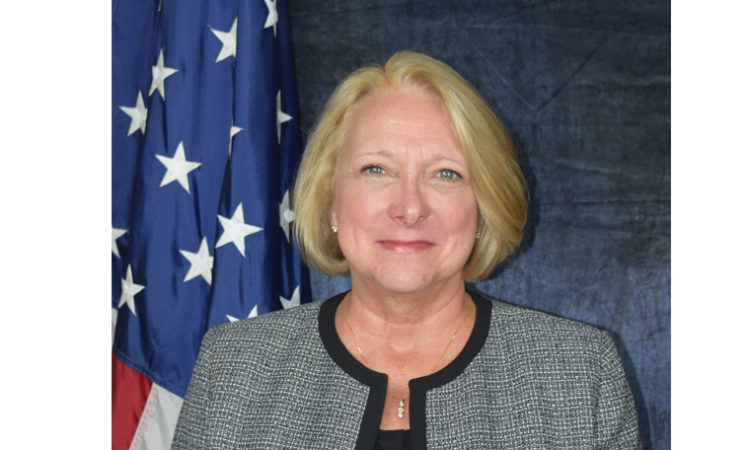 Outgoing director of the Minnesota District Office of the U.S. Small Business Administration Nancy Libersky. (Photo courtesy of the SBA).

On Dec. 20, Libersky will wrap up a decade of service as the director of the Minnesota District Office of the U.S. Small Business Administration.
By Amanda Ostuni
December 06, 2019

The Minnesota District Office of the U.S. Small Business Administration (SBA) announced Friday that director Nancy Libersky is retiring after nearly a decade on the job and 30 years total with the SBA.

“It just feels like a good time,” says Libersky, 66. “I have given my best as a civil servant, and I have really loved being able to help small businesses reach their pinnacle… and also to really help with the economy so much.”

Libersky’s tenure as district director began in 2010. She was the district’s first female director. In her time in the role, she’s credited with being a champion for SBA programs, helping the state’s small businesses by facilitating commercial bank loans, advocating for federal government contracting opportunities, and working with local communities in all 87 Minnesota counties on business development and growth initiatives.

“She led with a philosophy of teamwork and mentoring, encouraging all staff to become champions of small businesses growth in their own right,” they said. “[Her] leadership will be missed.”

A native of Pueblo, Colorado, Libersky’s career before joining the SBA involved serving as executive director of an SBA-certified nonprofit economic development organization in southern Colorado.

From there, she moved on to roles as surety bond manager and the regional women’s advocate for the SBA Regional Office in Denver, Colorado. In 1994 she was promoted to SBA regional manager of international programs for Minnesota, bringing her to the North Star State.

Libersky—whose work in Minnesota also includes serving as an adjunct instructor at Saint Paul College and serving on the Minnesota District Export Council—credits her progression through the SBA in part to two key mentors: Bruce Trautmann, whom she worked with in Colorado; and Luz Hopewell, an SBA director based in Washington D.C. with whom Libersky has worked throughout her time in Minnesota.

“I really don’t think I would be where I’m at within the agency without their mentorship,” says Libersky.

That’s why she incorporated the mentorship SBA officials praised into her leadership approach, and why she says she’s been working on a succession plan for two years, in preparation for her departure. She believes it’s helped her staff—which includes 11 people in her office—grow professionally, and so she feels she’s leaving the SBA district office in good hands.

“I’m leaving a great management team and then a great overall team of really hard workers,” says Libersky. “It makes me very proud.”

She’s not yet sure who her direct successor will be, but says her deputy Brian McDonald will take over as acting director in the interim.

While McDonald and the SBA are looking at life without Libersky, Libersky is looking at a future of more visits to her children and grandchildren across the country, and to traveling with her husband.

“While my husband and I still have our health, we wanted to go out and start doing different things, have some down time, move around a bit,” she says.

Libersky’s last day in office at the SBA will be Dec. 20.