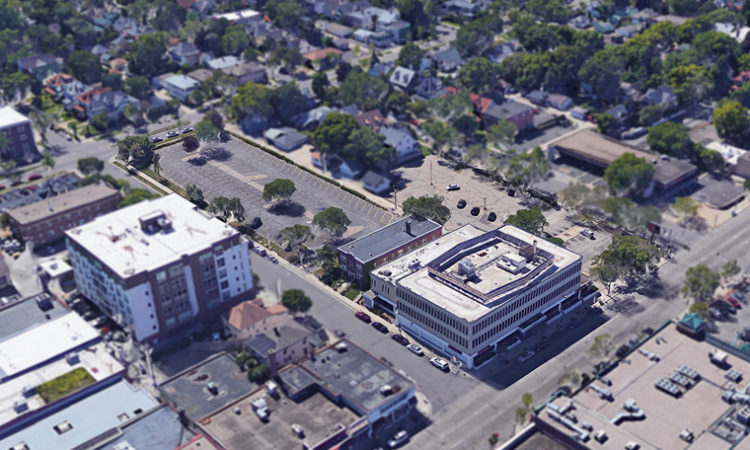 Photo courtesy of Ryan Cos.

The Minneapolis-based fraternal insurance and heritage organization has been at the site since 1962.
By Sam Schaust
August 17, 2017

Sons of Norway has agreed to sell its headquarters on West Lake Street in Uptown to Ryan Companies and Weidner Apartment Homes.

The transaction includes a 60,000-square-foot building and a large surface parking lot. No monetary details were included in the announcement.

Minneapolis-based Ryan and Weidner, which has an office in Minnetonka but is based in Kirkland, Washington, paid an undisclosed amount for the property.

“After an extensive process to ensure the highest and best use of our primary asset, the clear choice was to sell the property that has served us so well,” said Eivind J. Heiberg, CEO of Sons of Norway, in a statement. “Considering market conditions in the Uptown neighborhood and the challenges of an aging facility, it was time to make the most forward-thinking decision for the long-term health of our organization, employees and community.”

The fraternal life insurance company, which also operates as a Norwegian heritage foundation, will keep its business operations on the site after its redevelopment.

Ryan will be in charge of the design, development and construction of the project. The construction company has experience developing mixed-use properties in Minnesota, including its work on the Midtown Global Exchange, Grain Belt Brewery and the massive makeover of Minneapolis’ Downtown East neighborhood.

“We have been in dialogue with Sons of Norway for quite some time and we feel the location provides an incredible opportunity,” said Tony Barranco, vice president of real estate development at Ryan, in a statement. “We are thrilled to be partnered with Sons of Norway and Weidner in re-visioning this great site.”