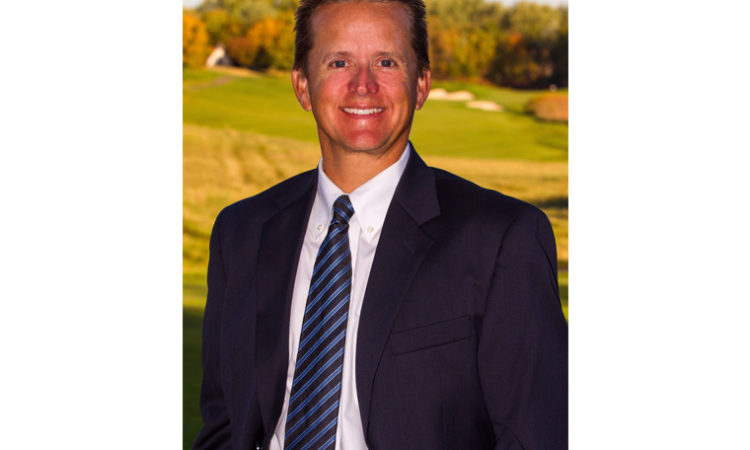 At 47, Derek Stendahl will compete on the national stage for the first time.
By Amanda Ostuni
June 12, 2018

As general manager of a golf club in Minnesota, where the prime season is short, you don’t take many summer vacations. Derek Stendahl, general manager of Rush Creek Golf Club, is about to take summer days off for the first time in his 22-year career, but he’s doing it for a reason everyone at the Maple Grove club can get behind: to play in his first PGA Professional Championship.

The tournament at the Bayonet Black Horse course in Seaside, California will be Stendahl’s first on the national stage. The top 20 from the four-day competition, which kicks off on Sunday, will get to compete in the PGA Championship. (It’s like the minor league face-off to get to see who goes to the majors).

As one of just 8 PGA members who work as a GM of a golf facility, Stendahl will face 311 opponents who in some cases play 30 tournaments a year to Stendahl’s 10 or 15. Stendahl says his tournament participation is limited by the demands of running a club.

“I’m getting calls either early morning, late at night… that never stops. There’s always something going on,” Stendahl says. “We’ll put out [one] fire and move on to the next, so it’s hard.”

But his staff at Rush Creek is more than capable of picking up the slack for this one-in-a-lifetime opportunity.

“The biggest reason I’m able to [enjoy this opportunity] is because of the staff we have [at Rush Creek],” Stendahl says. “That’s the way any GM should feel. If you can’t feel confident about walking out the door, then maybe you don’t have the right people in place, and that’s certainly not the case around here.”

At 47, Stendahl's age, too, has worked to his advantage. Since he’s old enough to know he’s not going to make a living playing golf, he’s been able to relax, and that seems to have improved his game.

He made these improvements even in a year when Rush Creek faced unusual challenges. The prolonged winter set the club’s opening back about four weeks or so, hurting restaurant and golf revenue and leaving staff wondering when work would begin.

“It’s time you can’t get back when you start losing days in the spring,” says Stendahl. “It kind of accelerates everything where you go from a slow ramp-up to get to where you want to be in May to ‘hey, we’re here, let’s get moving.’”

Nevertheless, Stendahl nabbed the last spot in his sectionals qualifying competition through a tiebreaking playoff victory. He knows the talent level will be even higher in California. Though he’d love to be able to go on to compete in the PGA Championship in St. Louis in August, alongside the likes of Tiger Woods and Phil Mickelson, he’s happy that any 20 of the players at his level will have the opportunity. Stendahl says he simply hopes to make it through all the rounds of cuts to play the full four days of the tournament.

“If you can go out and be respectable, then that’s what I’m hoping for,” says Stendahl. “I’m just going to go out and enjoy the experience.”

Stendahl says he’s approaching the tournament with the mindset it’s not life and death. And at the end of the day, he doesn’t think of himself as a pro golfer. He is a golfer, a husband (his wife is the golf operations manager at Rush Creek), a father, and a GM. And he’s happy with that.

“No matter what I do, if I make a birdie or a triple bogie, I’m still going to go home and take somebody to soccer, or I’m still going to come back to work and make sure everything is going well at the club,” Stendahl says. “I’m just excited to go and represent Rush Creek and Minnesota as well.”