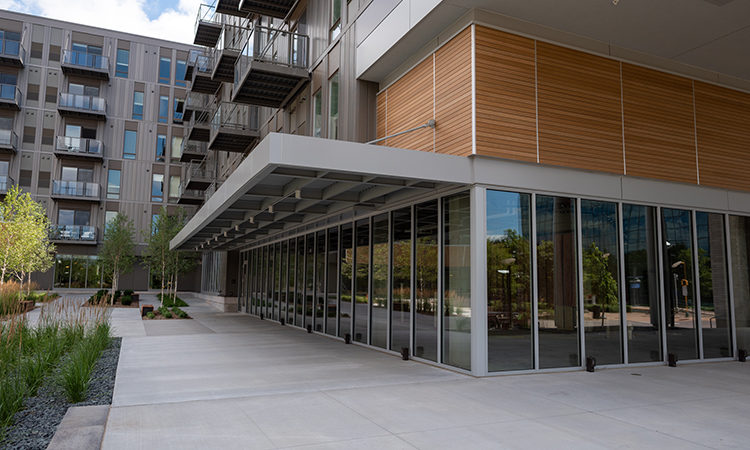 Does the Twin Cities need one more coffee roaster and coffee shop? The folks at Rochester-based Fiddlehead Coffee Co. are hoping that the answer is, “Yes.”

Fiddlehead started in 2017 and currently has two locations in Rochester. Now it has inked a lease to open a Bloomington location on the ground level of the large new Fenley Apartments project.

Fiddlehead co-owner Sarah Phalen said that despite the saturation in the metro coffee market, the location offers opportunity for growth. Fiddlehead is set to open in a 2,300-square-foot space in October.

“I think one of the things that made Bloomington so appealing was the lack of coffee right in that particular area,” said Phalen.

Fiddlehead is a family business owned by Phalen, her husband, her brother-in-law and his partner.

The Fenley was developed by Roseville-based McGough Development. Phalen said that the Fiddlehead folks got to know some McGough staffers down in Rochester.

“They were quasi-officing out of one of our locations while doing a development down here,” said Phalen.

Fiddlehead is more than just a coffee shop; alongside catering and whole bean sales, it also does contract roasting for other coffee shops. For now, Phalen said that Fiddlehead is not looking for another Twin Cities location.

“We’re hoping to expand the roastery and the wholesale coffee business and our retail beverage line,” said Phalen.

McGough Development completed the 402-unit Fenley in the spring of 2020. The new building marked the third phase of multifamily housing in McGough’s Bloomington Central Station project.