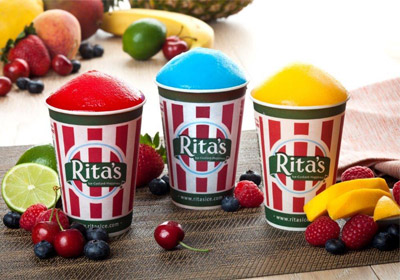 In May, Minnesota will become the 24th state to house a Rita’s Italian Ice when two local franchisees open a new store.
April 27, 2014

Rita’s Italian Ice is expanding into Minnesota this summer with a franchise location opening in Eagan.

Already in 23 states with over 600 stores, Pennsylvania-based Rita’s Italian Ice announced Wednesday that it made a franchise and area development agreement with Minnesota residents Adam and Angela Ailloni.

The first Rita’s store will open at the Diffley Marketplace on 1016 Diffley Road in Eagan in early May. The Ailloni couple said they plan to open 20 Rita’s locations throughout the Twin Cities by 2020.

The couple plans to hire between 15 and 20 local employees for the Eagan location and said it will offer outdoor seating between April and November.

According to Rita’s, it has been “aggressively expanding” recently across the country and internationally. In October, it opened its first international shop—in Shenzhen, China— and plans to open a new store in Canada and the Philippines later this year.

“Rita’s Minnesota has been requested by fans for years and will become our 24th state,” CEO Jeff Moody said in a statement. “Rita’s is proud to award the Ailloni’s the franchise development agreement for Minnesota, with plans to accelerate Rita’s growth throughout the Twin Cities.”

Rita’s was recently ranked the top brand in frozen desserts by Entrepreneur magazine and ranked 81st on the magazine’s “2014 Franchisee 500” list.