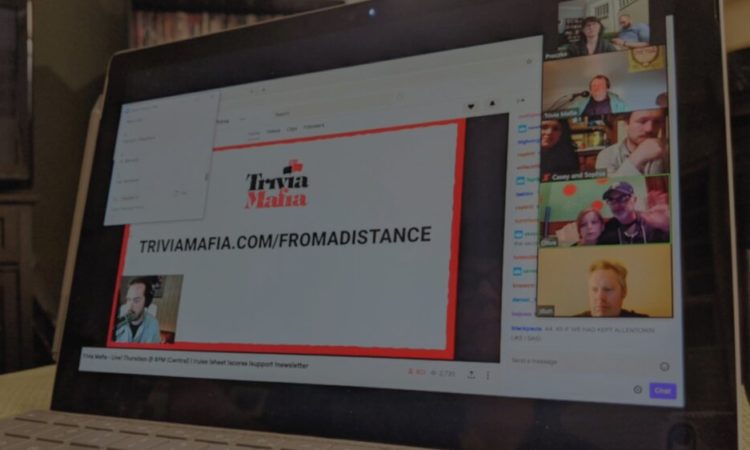 The company is leaning heavily on technology to make it through the pandemic. Trivia Mafia

Over the years, Minneapolis-based Trivia Mafia amassed a loyal following of trivia players throughout the Midwest. Then Covid-19 struck. Here’s how the company is retooling its offerings.
By Dan Niepow
October 04, 2020

Name the small Minneapolis company that once held trivia nights at more than 150 bars in the Midwest.

Founded in 2007, the company has amassed a loyal following of fans of random facts. What started out as a weekly trivia night in a northeast Minneapolis bar became a growing trivia empire. Before the pandemic hit, the company held trivia events at bars, breweries, and coffee shops in Minnesota, Iowa, Nebraska, North Dakota, and Wisconsin.

Though the company has switched to a nearly all-digital format, hosts still abide by a few strict rules: No internet searches, no outside help. (The company’s slogan: “Use your noodle, not your Google.”) And players are still showing up, says Chuck Terhark, who founded Trivia Mafia with radio personality Sean McPherson. But instead of sitting down at their favorite watering holes, fans log into Zoom or turn to the company’s Twitch channel.

Terhark says there’s a growing interest in digital trivia for private events, too. TCB recently checked in with Terhark to learn what’s next for Trivia Mafia.

TCB | How has your business adapted during the pandemic?

Terhark | We’ve had to make some pretty significant changes. What we do is events in bars, and that’s exactly what people shouldn’t be doing right now. But we were pretty proactive from the get-go. Even before bars and restaurants were shut down in March, we were monitoring our hosts pretty aggressively to make sure we weren’t sending anybody into a situation where they weren’t comfortable.

Once the lockdown started, we were able to flip the switch pretty quickly. We pulled out of bars entirely until further notice. Then, first and foremost, we set up a GoFundMe for our hosts. Most of them do it as a side hustle, so fortunately nobody was losing a full-time job or anything like that. But we wanted to make sure we were covering our hosts and taking care of them.

Finally, we had to figure out a way to keep hosting trivia online. That’s where we became Zoom experts. We trained a bunch of our hosts on how to run trivia on Zoom. We got ourselves a bunch of Zoom accounts and we just started doing it online. And that’s been really great because it’s given us a chance to keep doing trivia and it’s given our players a chance to have some normalcy back in their lives. It’s something to look forward to while everything else around them is just so crazy and in flux.

Q | Aside from Zoom events, are there other digital spaces you’re moving into?

A | We partnered with Summit Brewing and Pizza Luce to launch a weekly trivia event on Twitch. We worked with them because they’ve been two of our biggest partners. Back in the “before times,” we worked with Summit a lot and did trivia at their tavern. And we’ve worked with Pizza Luce forever. That Twitch channel has really become one of our primary outlets. I personally run our Thursday game on Twitch every week, and I’ve done it for the last 23 weeks now. We’ve got quite a nice regular following on there as well.

Q| What are some of your primary revenue sources now?

A | We’ve been really lucky that Trivia Mafia fans have really stepped up to support us. I know a lot of local bars and businesses are feeling the same way. People are going out of the way and rising to the challenge of supporting local businesses, and we’ve experienced that as well. A lot of our fans are really great and really loyal. They’re supporting us through our new Patreon account. They Venmo or Paypal us tips. They tip our hosts and contribute to the hosts’ gofundme. So that sort of thing has really been sustaining us.

We did get some [Paycheck Protection Program] funding as well, and that’s really helped a lot to keep us afloat over the last few months.

Before the pandemic, our primary income was from bars: Bars paid us to run trivia at their locations, and then the players played for free. But we also have this side arm that runs private events. Companies and corporations bring us in to do trivia at their events, or people have us at their weddings, birthday parties, or other celebrations. That was always sort of a secondary income stream for us, but it’s our primary income stream now. A lot of companies that aren’t bringing their employees back into their offices are still looking for ways to connect in the absence of happy hours or company softball games. A lot of people are turning to online trivia. So, that side of our business is kind of booming in a weird sort of way. We do a lot of Zoom trivia for companies. We also do virtual trivia at weddings and other gatherings. Private events have really been taking off for us, and that’s something we’re really focusing on growing and getting even better at.

Q | Do you have any events that are still held in person?

A | The only in-person events we do now are all on patios. We’re only doing it at two or three locations. And we’ve made sure to stop at each location first and make sure the patios are suitable and have enough space for everyone to distance. Even though local bars and restaurants can serve people to 50 percent capacity indoors, we still don’t host any indoor trivia events. We don’t want to put our hosts in there, and we don’t want to signal to the world that we think that’s OK. People shouldn’t be congregating at this time. Hopefully there will be a time soon when we can all do that. We still have several bars asking us to come in and do a little trivia for folks indoors. Unfortunately, we’ve had to turn them down. For now, we’re just going to focus on the online aspect.

Q | What’s next for Trivia Mafia?

A | We’re just focusing on figuring out the best way to do trivia online right now. Once the cold weather hits especially, who knows what’s going to happen. Everybody’s going to be indoors. They’re going to get stir-crazy and they’re going to be looking for ways to entertain themselves and stay connected. I think trivia is a really great way for them to do that. So we’re going to keep finding ways for them to do that. People are still interested. We get upwards of about 100 teams a week playing along with our Zoom trivia sessions. It’s a pretty fun crowd that’s been gathering around that. And, of course, we’ll be looking into more private events, too. 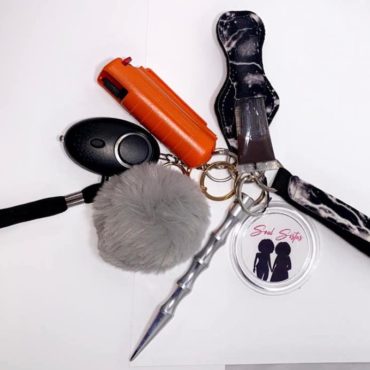 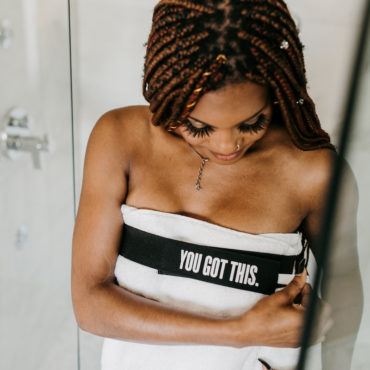