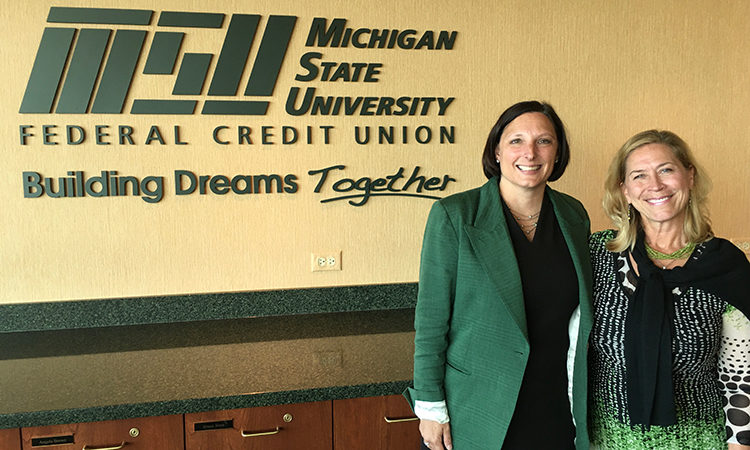 Live.Give.Save. Inc., a Red Wing-based fintech startup that designed a novel way to help consumers save, has been acquired by Michigan State University Federal Credit Union.
By Jenna Grundtner
June 04, 2021

Red Wing-based fintech startup Live.Give.Save. Inc. has been acquired by Reseda Group, a subsidiary of Michigan State University Federal Credit Union (MSUFCU). As part of the deal, Live.Give.Save. will become a new company called Spave LLC, named after the startup’s mobile app. Live.Give.Save. founder Susan Langer will remain CEO of the new entity. The app is designed to balance saving, giving, and spending.

Langer originally connected with MSUFCU after pitching the app at a September expo aimed at presenting new technology to credit unions.

“From the very beginning, I said that I wanted to find a strategic partner,” Langer told TCB. “MSUFCU was exactly the right partner. They were looking at building a digital bank themselves, and they saw what we have would help them get there. It was a perfect fit for vision, mission, values—all of it.”

Reseda Group will have 80 percent ownership in Spave, and Langer will own the remaining 20 percent. Live.Give.Save.’s seven employees will continue working remotely; six are in Minnesota, and one is in Texas. Financial terms of the acquisition weren’t disclosed.

Launched in July 2018, Spave (a combination of “spend” and “save”) has been billed as a “financial wholeness app that focuses on giving and inspiring social good,” according to its website. It’s designed to help consumers (particularly millennials) use their everyday spending habits to give to causes they care about and save for the future.

Here’s how it works: The app deducts “micro-amounts,” set by the consumer, from a primary checking account whenever a debit or credit card linked to the app is used to make a purchase. These “spavings” deductions are then directed to a savings account or charity, as chosen by the user.

The Spave app is connected to more than 1.5 million accredited nonprofits, according to the company.

“We have been seeking a partner like Live.Give.Save. to evolve our technology offerings and be able to share that technology with the credit union industry,” said April Clobes, CEO of Reseda Group and MSUFCU, in a press release. “The credit union industry is based on the core value of people helping people, and the Spave mobile app provides the platform for helping people through technology.”

Clobes will serve as chairwoman of the new entity.

Bay City, Wisconsin-native Susan Langer founded Live.Give.Save. in September 2015. Prior to starting her own company, she worked at Partners in Food Solutions, a global nonprofit partnership between General Mills, Cargill, and others.

In 1995, Langer was introduced to women entrepreneurs who were living in abject poverty in Africa. But they were still able to pay off their microloans, with market interest rates, at a 99 percent repayment rate, she said. Langer was impressed and started learning more about microfinancing.

She wanted to use the principles of micro-payments to help people more easily save and give money “by tapping into what we all do really well: spending.”

In 2019, Live.Give.Save., Inc. hit $25,000 in revenue through a combination of the Spave app and a licensing partnership.

Right before the Covid-19 pandemic began, Live.Give.Save. received a $28,000 grant from Launch Minnesota. Langer said the company decided to temporarily remove the app from the app store and use that funding to gather more market research and fully redesign it.