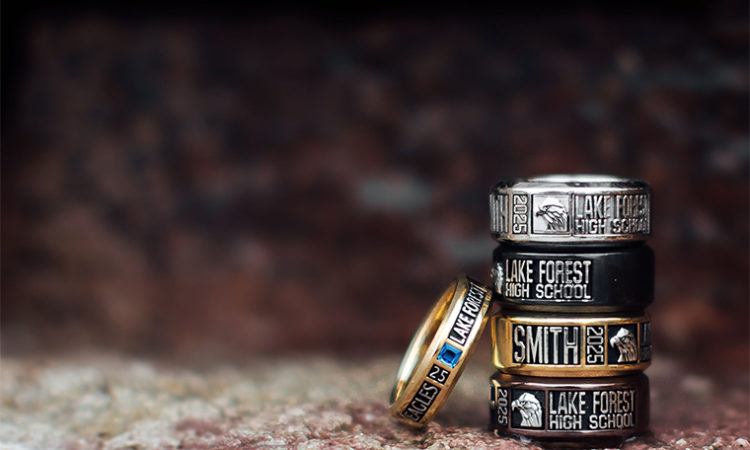 Recasting the Class Ring for the Digital Age

That’s the message Michael Burgess hopes to share about Jostens, the more-than-century-old maker of school-related memorabilia. Last month, Burgess was tapped to serve as CEO of Jostens, which is headquartered in Minneapolis. Now, the Australian-born exec says he’s ready to usher the company into the digital age.

Under his watch, Jostens will be rolling out a suite of new digital-oriented products, such as class rings embedded with RFID tags that enable wearers to share digital highlight reels on their smartphones. The company also has begun deploying 3D printing technology to manufacture rings.

“We’re actively integrating technology into the experience and the product,” Burgess says. “That’s truly revolutionary for the category.”

Burgess is well-acquainted with digital transformations, having helmed digital sales and marketing efforts for Chanhassen-based Life Time Fitness before joining Jostens. Before that, he served as president of digital for Hudson’s Bay Co., which acquired Saks Fifth Avenue in November 2013.

Those jobs taught him the importance of building a better customer experience, he says. To help Jostens grow, he’ll focus on improving the buying experience for a new set of customers: high schoolers and their families. That will involve a slightly different set of tools, but the general strategy remains the same.

“If [students] celebrate their winning seasons through video and music, we want to make sure our products are relevant,” says Jeff Peterson, Jostens’ VP of marketing. “We’re not trying to jam a square peg into a round hole all the time.”

Jostens began testing the RFID-equipped rings before Burgess came on board, but he’s enthusiastic about getting the new product to market. Last spring, the company kicked off a pilot test of the new rings with a football team in San Francisco. Feedback from that test has been positive, company officials say, so Jostens will launch the rings nationwide this fall.

The new rings will allow students to pick out their own digital highlight reels. For instance, a student could showcase her achievements in band, theater, or athletics. The goal, Burgess says, is to create a personalized product for each student.

To be sure, there’s more to Jostens new strategy than high-tech rings. The company will soon roll out new software aimed at streamlining access to school photography. Instead of sending high schoolers home with bundles of paperwork and sample photos, the software allows families to purchase photos online.

Burgess says Jostens has piloted the new technology at 120 schools, with plans to roll it out at “many more” this spring.

The new software goes hand-in-hand with Jostens’ other digital endeavors, too.

“We could see there was a big need in the market to innovate with photography to support our yearbooks and the new digital experiences we’re adding,” Burgess says. “This is a very complementary innovation that we’re bringing to market.”

The market for class rings has changed substantially over the past decades, and Jostens still faces a challenging environment. Last year, Jostens chief marketing officer Ann Carr acknowledged that there simply aren’t as many class rings sold today as there were 30 years ago. And earlier this spring, Jostens lost a court battle against a competitor.

Still, Burgess remains optimistic. Despite the rapid changes in the digital era, there will always be a market for school memorabilia, he believes. And Jostens is ready to jump on any new opportunities along the way.

“We all need to be able to experience celebration and community,” Burgess says. “If we stay focused on that idea and innovate around it, then Jostens will succeed.”