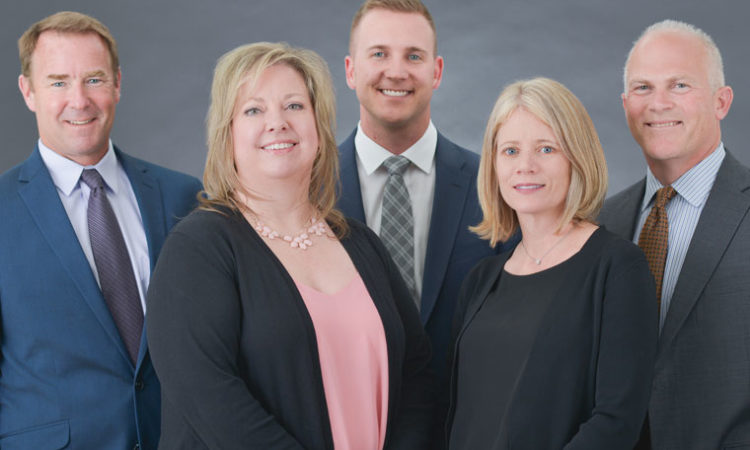 Veteran brokers Damiani, McCarthy lead local launch for firm, among the largest in the U.S.
By Burl Gilyard
April 12, 2017

Two veteran Twin Cities commercial real estate brokers are teaming up to launch a local office for New York-based Newmark Grubb Knight Frank, a global real estate firm that has not previously had an office in Minneapolis.

Jim Damiani and John McCarthy, who will lead the new office, both resigned from their respective brokerage firms on Tuesday. Damiani joined what is now the Twin Cities office for Toronto-based Colliers International in 1996. McCarthy joined Bloomington-based Cushman & Wakefield/NorthMarq in 1995.

Newmark Grubb Knight Frank ranks among the five largest commercial real estate service companies in the U.S. and has more than 400 offices globally. While different industry sources have varying measures of the largest firms, National Real Estate Investor magazine ranked the firm fourth on its list of top brokerage firms for 2016, while the Commercial Property Executive web site ranked NGKF fifth on its survey.

“We’ve got the global resources and the local expertise to really make this a special shop,” Damiani told TCB.

“Minneapolis-St. Paul has been on our radar for a long time,” said Kevin McCabe, NGKF’s regional managing director, who is based in Denver. McCabe says that the firm has been scouting options in the Twin Cities for nearly two years.

“It’s a unique opportunity to get two guys of Jim and John’s stature and experience,” said McCabe.

Damiani and McCarthy have been friends for about 25 years and had been mulling options for the next phase of their careers. The pair studied options including opening their own boutique firm to partnering with a range of other companies.

“We thought it would be a great time to start something together,” said Damiani.

Damiani and McCarthy are both office brokers, but the plan is to build a full-service commercial real estate operation including retail, industrial and investment sales brokers and other services including property management and research.

“Could I see this office being 30, 40, 50 brokers? Absolutely,” said McCabe. “Because there are enough top-tier brokers in this town to do that.”

As word began to spread in local commercial real estate circles on Tuesday, Damiani said that he began fielding calls from other local brokers expressing an interest in joining NGKF.

Both Damiani and McCarthy have been active in local commercial real estate trade groups throughout their careers. The Minnesota Commercial Association of Real Estate/Realtors named McCarthy its “Broker of the Year” in 2011; Damiani won the same honor in 2012. Damiani was named to Twin Cities Business’ “100 People to Know in 2016” list. The duo brings deep connections in the local industry to NGKF.

“We’ve been doing this for over 20 years,” said McCarthy. “We have relationships.”

Damiani and McCarthy traveled to New York last fall to meet with NGKF CEO Barry Gosin. They came away from the two-hour meeting feeling strongly encouraged about Newmark’s business, culture and support network.

“As we went this process, my feeling for Newmark got stronger and stronger,” said McCarthy.

Newmark Grubb Knight Frank is owned by New York-based BGC Partners Inc., a publicly traded company focused on financial and real estate services. For 2016, BGC reported $2.6 billion in revenue and a net profit of $102.5 million. The NGKF unit had overall revenue of $1.06 billion for 2016, a 6 percent increase from 2015.

BGC Partners announced plans in February to spin off Newmark Grubb Knight Frank into a separate company with an initial public offering.

BGC acquired the Newmark Knight Frank firm in 2011 and then bought the bankrupt Grubb & Ellis Company in 2012 to create NGKF. Since then it has grown through a series of additional acquisitions of commercial real estate firms around the country.

“We are thrilled to have Jim and John launching our presence in Minneapolis and St. Paul,” Gosin said in a statement. “Their depth of local experience is unparalleled, and offers vital Twin Cities expertise to our clients in the area. Strategically, this could not be a better time for us to commit to this market, as the opportunity for significant growth is complemented by the variety of Fortune 500 companies located in this Midwest hub.”