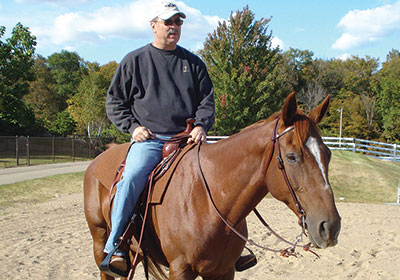 When Gary Lee, 62, retires in October after 13 years as the head of the Shakopee-based Rahr Corp., he doesn’t plan to slow down. Nor is he overly concerned about what he’s leaving behind. Careful planning, diversified interests and some helpful literature make the transition one Lee looks forward to.

Letting go of the reins

Rahr Corp., which employs 300 people in North America (170 in Minnesota), has three subsidiary businesses. Rahr Malting Co. supplies malt to industry giants such as Anheuser-Busch and Miller-Coors. BSG supplies most of the raw ingredients needed to brew beer to micro- and craft brewers (and penetrates about 95 percent of that market nationwide). And Koda Energy is a zero carbon-footprint energy business that burns grain milling byproducts and damaged wood from the City of Minneapolis to power the company’s malt processing plant in Shakopee.

Though Rahr is privately held and does not disclose its revenue, Lee says the company is doing well, particularly because of the boom in craft breweries. That industry has grown at a compound annual rate of 10.9 percent, and there was an 18 percent increase in volume last year alone. Lee says Rahr Malting Co. maintains a solid leadership position in the market, outstripping the growth.

Lee joined Rahr in 2001 as CEO and president, coming from United Spring Wheat Processors, a farmer-owned co-op. He fronted Rahr’s foray into the craft-brewing sector in 2004. Letting go of something so successful could make for some apprehension, but Lee isn’t worried. Part of his duties when he was hired included mentoring William Rahr, the fifth generation of the Rahr family, to take over when he retired. As Rahr developed his executive management skills, Lee became confident that the growing corporation would be in good hands.

“You’re never going to find somebody who’s going to do things exactly like you would do them,” Lee says. “But as you learn delegation skills you realize you have to stand back a bit and let them do it. Then you counsel or coach them in terms of how they did what they did, why, and how did it turn out.”

Lee also cites a highly experienced board of directors for an as-yet smooth transfer of power.

“Many of our board members have been on it for more than a decade. They’ve seen different business cycles, sort of the ups and downs of the industry; they support and understand the transition process and that’s extremely helpful,” he says. Last year, when Lee announced that he wanted to retire, they persuaded him to stay on an extra year to ensure the succession would happen in phases. The first phase began a few months ago when Rahr took over the presidency.

Not out of business yet

Despite looking forward to retirement, Lee is nonetheless exploring investments and board positions with growing companies to best utilize his interests and skill set. Currently he is a member of the board for Mankato-based Coughlan Companies, which owns Capstone, a publisher, and he also sits on the board of Mankato Kasota Stone, a quarrying firm. He also hopes to invest in a small brewing company.

“I like to be in growth organizations,” he says. “Part of my experience has been based on taking more commodity-type products and figuring out how to add value to those.” Lee even plans to maintain an office. He is looking into partnering with a few other like-minded individuals to share office space and meet regularly to discuss potential investment opportunities.

Whatever happens, Lee doesn’t count on sleeping in until noon everyday. “I can’t imagine my wife putting up with me hanging around the house,” he laughs.

Lee admits that at least some of the thought process for his retirement came from his parents, who co-authored two books on retirement lifestyles in the early 1990s. One of them, A Field Guide to Retirement, had Alice and Fred Lee taking 14 different lifestyles for test-drives, from snowbirds to nomads in an RV to living abroad. It was about getting people to think about what really mattered to them and showing them it was possible to live a certain lifestyle, whatever that lifestyle was. It helped Lee reflect on his own interests and what he wanted to do.

He plans to do some traveling and pursue some athletic hobbies.

“I golf, so I’ll be able to keep frustration in my life that way,” he jokes.

He also plans to spend some time reflectively, in meditation.

“Just sitting and being is something important that people should know or learn how to do,” he says. “Retirement is all about meaningful purpose, and trying to find meaningful purpose in a different way than you have in the past.”