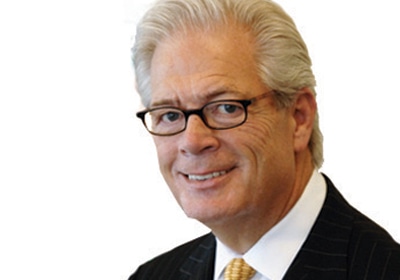 Knowing when to toss in the towel is an important characteristic of leadership.
May 27, 2014

Last year, Pope Benedict XVI shocked the world by breaking a 600-year-old tradition of the Catholic Church, an organization built on tradition like few others in the modern world. His surprise was to announce that he was quitting.

That’s a long-standing tradition that I’m sure was not easy to break, so I admire Pope Benedict’s wisdom and self-awareness to realize when he could no longer be an effective leader, and his courage to act on it for the betterment of his church and its followers.

Unfortunately, most of us don’t have the wisdom, self-awareness or courage to do what he did. It’s just not easy to know when to quit. We’ve been taught that the key to success is persistence, and that quitting means we are a failure. Thousands of books and articles have been written about winning and succeeding, but finding articles or books on the wisdom of quitting is like finding steak in a fish market.

Another high-profile person who knew when to quit is former University of Minnesota quarterback, NFL player and coach Tony Dungy. He was coach of the Tampa Bay Buccaneers from 1996 to 2001 and the Indianapolis Colts from 2002 to 2008, when his team won Super Bowl XLI. At the height of his impressive career, he quit coaching to spend more time with his family, act as the national spokesman for the fatherhood program All Pro Dad, write best-selling books and serve as a motivational speaker to young men. After the 2008 season most people questioned why Dungy quit when he did, but there were goals that meant more to him.

When I was a child, I was told by parents, teachers and coaches to keep on trying, learn from my mistakes, pick myself up, and to never, ever, ever, quit. Sound familiar? While these were valuable lessons in persistence, I was also fortunate to have wonderfully wise mentors. They taught me to listen to my gut feeling that despite achieving a very high level of success it would be necessary for me to take some risk to become happy.

By the time I was in my late 30s, I had climbed the corporate ladder to become president of one of the nation’s largest bank holding companies. By all accounts, I should have been on top of the world. But I was discontent. I lost passion for job, and was consistently stressed out and unhappy. I didn’t feel like I believed in our company’s vision of the future, my work-life balance was lopsided and my health was eroding.

So I quit corporate life and took an enormous risk to become an entrepreneur. I left behind the big salary, bonuses, stock plans, pension, private jets, company car, sports suites and other trappings of the corporate world to make a go of it on my own. Many in my inner circle probably thought I was going through some kind of mid-life crisis, but a few of my best friends and mentors believed in me and my vision of what I wanted to build, which gave me the courage to make a 180-degree career change.

As it turned out, quitting corporate life has been one of my best decisions, as it led to a very satisfying career as a professional services firm owner and advisor. It has not always been easy, but I can say today that my attitude is better, my work-life balance has improved, my days are challenging yet rewarding, and I look forward to going to work in the morning.

W.C. Fields once said, “If at first you don’t succeed, try again. Then quit. No use being a damn fool about it.” Turns out, research proves he was right, as the simple facts are that those people who know when to quit are healthier, generally wealthier and happier than those who are afraid to throw in the towel.

Quitters can be healthier

A study published in Personality and Social Psychology Bulletin investigated the mental and physical health of people who resisted quitting versus people who quit when they realized they couldn’t attain unrealistic goals. They found that the quitters suffered fewer health problems and had less psychological stress.

These researchers determined that the quitters had something inside that told them to quit at the first signs of depression triggered by an ongoing situation. Those who didn’t heed those signs eventually succumbed to depression and depression-related illnesses, they found.

Quitters can be wealthier

Mathematicians know that the probability of a gambler winning on the 100th roulette spin is no different from any of the previous 99. Gamblers know, however, the natural instinct to redeem oneself trumps mathematical odds. The empires of Las Vegas have been built on those who insist their luck will eventually change.

The same is true for many business leaders. A study published in the International Small Business Journal found that entrepreneurs would be more prosperous if their business acumen included understanding when it is time to cut their losses. The researchers analyzed the decision-making of 135 entrepreneurs in high-tech industries and discovered that even when presented with another opportunity with greater potential for success, they didn’t want to quit their current situation.

I can’t say these findings are surprising, since I have provided counsel to many business owners who lived in denial for too long, betting on a dark horse, until the inherent value of their current venture had been lost. The same applies to boards that hold on to processes and corporate structures for too long, or executive teams that can’t let go of favorite products or brands when they have outlived their profitable lifetime.

Quitters can be happier

Steve Jobs had the leadership ability to recognize when to take appropriate risks and when to quit. He said, for example, “Deciding what not to do is as important as deciding what to do.” He was also quoted as saying, “If you don’t love something, you’re not going to go the extra mile, work the extra weekend, challenge the status quo as much.”

I suppose I should close this column with some good advice about quitting, but the ugly truth is that it’s ugly. Quitting anything should not be taken lightly, and the consequences should be well thought out. My point is that it’s OK to quit if necessary—and that it may actually be a winning strategy.