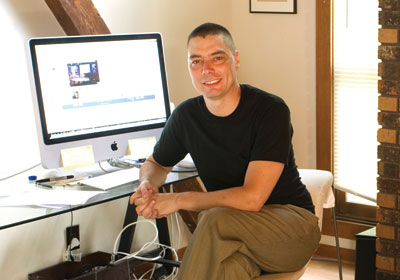 Nibi Software gathers the most useful stuff on the Web in one place. Now it’s developing a new approach to online mobile video.
September 11, 2010

There’s plenty of useful information on line, but you often have to dig through disorganized digital piles to find it.

A couple of years ago, Troy Peterson, a serial entrepreneur, and Terry Schubring, a University of Minnesota IT specialist focusing in interactive learning tools, began developing an online software platform to gather together useful YouTube videos, Wikipedia entries, and other online data sources and organize them on one single Web page. This became the basis of Nibipedia, a free online resource for educators. (“Nibi” means “water” in Ojibwe; thus, the neologism “Nibipedia” means “information stream.”)

For instance: Click on a National Geographic YouTube video about the ancient tradition of full-body tattoos, and as the video plays, Wikipedia entries related to various subtopics in the video appear on a portion of the screen not taken up by the video. Videos put up by the company are “nibbed” (linked) by teams of educators assembled by Peterson and Schubring, who act as independent curators.

Attention from the likes of infotech industry thought leader Guy Kawasaki and others made Nibipedia a viral hit—so much so that Peterson started a company, Stillwater-based Nibi Software, to turn the Nibi Platform into a revenue-generating product marketed to corporate clients to present company and product information to trainees and customers.

“Every organization has a valuable knowledge base,” Peterson says. “In terms of general education, YouTube and Wikipedia cover a great deal of it. But there are other more authoritative sources, such as LexisNexis or academic databases, and we also combine those as needed.”

Nibi Software is now in the process of beefing up the Nibipedia site to improve its performance and accommodate more users. That work will take a few months. In the meantime, the company is developing a video chat feature for a mobile medical device maker. Secure mobile video, Peterson notes, is technically difficult; Nibi Software hopes to make it less costly and more usable.

That capability will be transferred to both Nibipedia and Nibi Software’s business customers. In addition to videoconferencing, the Nibi Platform would manage voice and video interactions. This would allow company employees, customers, and salespeople in the field, for instance—to collaborate by voice and real-time video and screen sharing with both the home office and clients via mobile devices.