Private Equity Firms Get Back In the Game

Private equity firms in the middle market had a generally busy 2012. And they have the money for more deals.
March 09, 2013 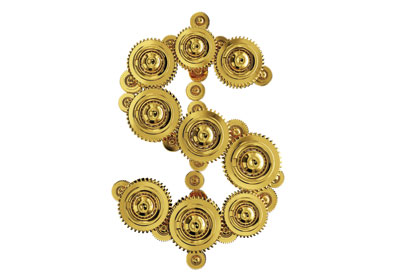 If you run a solid company in a less-than-sexy industry and you’re either looking to throttle back your time at the office or take the business to the next level, don’t be surprised if you hear from someone who wants to buy your business.

Something along those lines happened to Quadion Corporation, which does business as Minnesota Rubber and Plastics. The Plymouth-based manufacturer of high-end rubber and plastic molded components to numerous end markets, including the medical and automotive industries, was acquired last September by Minneapolis-based equity investment firm Norwest Equity Partners. The deal leaves Quadion’s management in place, while infusing the company with fresh capital in order to expand its marketing efforts.

Nationally, about a quarter of all merger and acquisition deals involve private equity entities. The phrase “private equity” might conjure the image of high-powered fellas tossing big money at large companies or cutting-edge tech startups. But a great many private equity firms, particularly in Minnesota, focus on the middle market and are looking for financially solid firms like Quadion. There’s no single definition of the size of business that the term “middle market” embraces, though usually such companies are valued at no more than $500 million.

During the recession, with credit tight and the economy shaky, private equity firms did fewer M&A deals. But they started ramping up again in 2012 and look to do more this year. And they have the funds and the access to credit they need to do them. But will they find companies like Quadion to buy?

Private equity firms often work with investment banks specializing in M&A to find, acquire, or sell portfolio companies. In the middle market, one of the most active investment banks in Minneapolis is Lazard Middle Market, a subsidiary of New York bank Lazard. According to Mike McFadden, the bank’s co-CEO, there has been a lot of national activity in the middle market. In the third quarter of 2012, for instance, middle-market transactions represented 26 percent of the total number of deals with disclosed value—and almost 50 percent of the total amount of private equity capital invested, he says.

In 2012, however, the big story was private equity firms selling portfolio companies. “Our sense is that part of that is tax driven,” McFadden says. With capital gains going up in 2013, there were tax incentives to complete a transaction in 2012. “The fourth quarter was a record quarter for exits,” he notes, with total transactions valued at $53 billion, representing about 172 deals.

That said, “acquisitions are not at a pace that they were [before the recession],” McFadden says. “The third quarter was the third consecutive quarter of decline in PE activity from an acquisition standpoint. That doesn’t mean that they’re not trying. It’s just they’re competing with strategics for deals.” Also, “the further we’re removed from the 2008-2009 recession, you see more and more companies that have had performance for a sustained period of time,” he says. “That makes them more attractive to be sold.”

Middle-market private equity buyers are looking for companies with “attractive cash-flow characteristics and predictable growth,” McFadden says. Private equity firms need an acquiree’s steady cash flow to pay down the debt owed creditors that have fronted them the leverage: “Banks don’t like to finance companies that are unpredictable.”

McFadden dismisses the impression that private equity firms are sitting on the sidelines. They have a lot of money, “and a lot of PE guys actively trying to invest it.” That said, “they need the right opportunity,” he says. “It’s a function of there continuing to be deal flow. M&A tends to be a bull market business—if you have a rising economy with predictability, there will be more M&A activity.”

For Minneapolis-based Greene Holcomb & Fisher, LLC, another local middle-market M&A bank, 2012 was “a record year in terms of revenues and a so-so year in terms of the number of deals,” says Brian Holcomb, one of the bank’s managing directors. Greene Holcomb & Fisher focuses on the sell side, with deals typically ranging from $20 million to $500 million. Of the 20 deals Holcomb’s bank participated in last year, 11 involved private companies owned by a small group, individuals, or families. Of the rest, six were sales by private equity groups, and two were divestitures, including one where the bank helped St. Paul–based Ecolab sell its vehicle care division to a strategic buyer.

“Corporations have lots of reasons to do strategic deals,” Holcomb says. “It’s very hard for public companies to grow without making acquisitions, and they have lots of cash on the balance sheet. So we would expect them to be active buyers. And private equity groups still have lots of cash in their coffers and motivation to continue to do deals.”

The fear of rising capital gains tax rates drove sales last year, Holcomb says: “We had one transaction that was solely motivated by shareholders saying, ‘I know taxes are not going down after 2012—they’re likely to go up. So if you think you can get our deal done by year end, we’re sellers.’” The result was “a flurry of activity” at year-end—Greene Holcomb & Fisher closed on two transactions December 28, and two others the week before. The bank’s record revenues were due to the higher value of the deals.

Holcomb thinks that with Congress having taken “at least some steps in getting the fiscal cliff issue resolved” and other signs of economic predictability, “generally people are optimistic that it’s going to be a decent year” for M&A activity. Yet he also thinks that demographics may trump economics as a driving force in the M&A market.

“The majority of our clients are still privately held and closely held businesses,” Holcomb says. “And a lot of business owners are getting to the age or financial situations or both where they’re saying, ‘It’s time to diversify my financial assets. I’ve got most of my wealth or my family’s wealth tied up in this one asset. It’s time to sell and set up my family financially.’”

Goldner Hawn also worked on a deal with Lazard Middle Market to sell an 80-plus Ace hardware chain in December that the private equity firm had held for many years. In addition, it acquired two companies in 2012—Lakeville-based Imperial Plastics (an injection molding firm) and an Alabama distributor of parts for turboprop aircraft engines.

Four deals constituted “a typical year for us,” Hawn says of his firm, which focuses on companies with revenues in the $25 million to $150 million range. It’s a fresh postrecessionary burst of activity for Goldner Hawn, which had made only one acquisition from 2009 to 2012. “In 2012, there was a lot on offer in terms of companies,” Hawn says. “That was driven presumably by the drive of entrepreneurs and others to take capital gains while they’re being federally taxed at a more favorable rate.” All that noted, “the quality of things on offer or being nosed around in the last couple of months of 2012 were not good. Both the quantity and quality fell off pretty dramatically.”

What are Hawn and his firm looking for? Nothing high-flying, perhaps, but nothing susceptible to a fiery crash, either. The aircraft parts business “may have a little whiff of glamour” but it, too, is pretty even keel. “Aircraft parts get worn and they need to be replaced. And that kind of business suits us very well,” Hawn says. In short, his firm is keeping an eye peeled for “steady-eddie businesses not characterized by rapid technological change. Capable management is always the most important element.”

For Charles Lannin, a partner with Stone Arch Capital, a Minneapolis-based middle-market private equity firm with more than $250 million under management and a focus on private businesses in the Upper Midwest, a “classic candidate” for acquisition is a company whose founder is “now in his 60s or 70s, and wondering about retirement. Or else he’s wondering about wealth diversification. He’s got all of his eggs tied up in one basket.” Lannin and company focus on deals where “we’re buying controlling interest” in those private companies.

Though Lannin can’t talk about specific deals his firm did in 2012, he will say that it “was a really active year,” thanks largely to selling in order to avoid taking a bigger capital gains tax hit in 2013. “We certainly sold some companies in our portfolio” for that reason, Lannin notes. This year started slowly—perhaps, Lannin says, because people are catching their breath from a busy year. “We still expect a pretty good M&A volume year,” he adds. Like other middle-market private equity firms, Stone Arch will be on the hunt for businesses with high cash flow that aren’t capital intensive. For Lannin and Stone Arch, these include service businesses and food companies, which he says, “do well in good times and bad.”

How many good middle-market companies are available for acquisition? Elam Baer, CEO of Minneapolis-based North Central Equity wonders about that. His small shop, whose five portfolio companies range in revenues from $5 million to $45 million, differs somewhat from most private equity firms. It acquires majority and even 100 percent ownership of troubled companies and works on turning them around. With no exit timeline, North Central typically keeps them for the long haul—perhaps more like a holding company than a classic private equity firm. (A private equity firm typically likes to unload a company after holding it five to seven years.)

In 2012, North Central Equity completed one transaction: Mereen-Johnson, LLC, a North Minneapolis industrial saw manufacturer. Some years Baer’s firm doesn’t make a single deal. “But we’d like to do two or three in 2013.” The question is, will the deals make sense?

“For three years, people couldn’t make a decision about what they wanted to do with their business,” Baer says. “If they wanted to sell, nobody had any money to buy.” He’s seeing more possible companies coming up for sale, “but by the same token, the price expectations of sellers are still not fully taking into account the limited access to capital.” In short, he believes many businesses are asking too high a price. “The banks are lending a little bit better than they used to,” Baer says. “But they’re still not lending in the way they were in the go-go years of seven, eight years ago.” Many sellers, he thinks, “haven’t come to grips with the real values of their business.”

The Quadion acquisition was just one reason why Norwest Equity Partners experienced a “very active year, both buying and selling companies,” says Tim DeVries, Norwest’s managing general partner. Quadion was appealing because “it’s a very strong, very solid business” in an industry his firm knows well, he says. A 2011 acquisition was Actagro, a California-based organic nutrients company that DeVries says allows farmers higher crop yields using fewer conventional inputs. Agribusiness is a Norwest Equity specialty, and the sector has been doing well: “All the basic commodity prices are strong,” he notes.

DeVries is a little less optimistic about 2013, at least early on. He says that while his firm is “pushing ahead, and we’re as interested as we ever have been, the market is showing us fewer opportunities than earlier in [last] year.” Still, he’s taking the long view.

“I’ve been around for a long time, and this is a business that comes in waves,” he observes. “Things can change very quickly. A very strong year is made up of periods of great activity and periods of slow activity. Likewise, a slow year has a strong wave or two as well. It’s a funny business.”