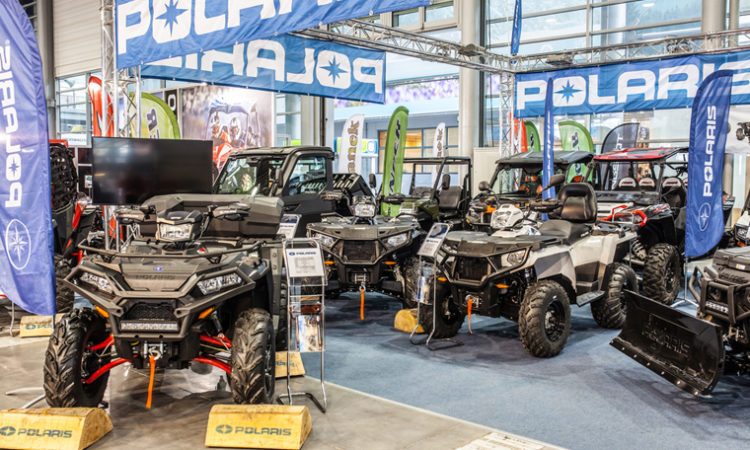 Polaris May Shift Production Overseas: What it Means for Minnesota

If Polaris follows Harley-Davidson’s lead and moves production abroad to offset costs of retaliatory tariffs the EU has imposed on U.S. goods, will other Minnesota-based companies do the same?
By Amanda Ostuni
July 03, 2018

A spokeswoman for Polaris Industries told the Associated Press last Friday that although nothing is definitive and they’re looking at a range of options, the company is considering shifting production of its Indian Motorcycles line from northwest Iowa to Poland.

Such a move would make Polaris the first Minnesota company to respond in that way to the new tariffs – which were introduced by the EU in apparent retaliation to tariffs President Trump placed on European goods.

“With Polaris being such a recognizable brand and having a big presence in Minnesota, their decision to move some production to Poland would likely catch the attention of other Minnesota manufacturing executives,” says Sneen.

No other companies in the state are actively contemplating that course of action yet, according to Sneen. But he expects many companies locally are looking at impending direct material costs, as tariffs are taxes on raw material, and that’s typically the largest component of expenses involved in product manufacturing.

The companies will then “take the appropriate action in the best interest of their customers and other stakeholders,” says Sneen.

And if those manufacturers and Polaris do decide the best action is shifting production abroad, Sneen says there’s an upside.

“On a somewhat positive note, Minnesota manufacturers that choose not to move production could benefit by the increase in available talent shed by those moving production overseas,” says Sneen. However, he adds, “any loss of manufacturing jobs would ripple across the state and local economies, affecting employment, the tax base and consumption.”

In terms of the internal impact Polaris would face in the aftermath of a shift, Sneen says Minnesota employees would have to develop and understand new processes and acquire new knowledge to support the sudden supply chain in the EU.

Sneen explains that they can avoid this hassle – there are other ways to deal with new tariffs without shifting production overseas. For example, they could buy American-made raw materials, reduce other costs associated with quality concerns, and defer capital expenditures to offset the total cost of business.

No route is simple, though.

How Polaris and other Minnesota companies answer that question remains to be seen, but what’s already clear to some is that the question does need to be asked. Harley-Davidson estimated the new tariffs would add about $2,200 per motorcycle exported from the U.S. to the EU. Notably, while she did not give an exact jump in price, the Polaris spokeswoman said they are seeing an increase in costs.