Atif Siddiqi set out to simplify schedule changes for hourly workers and hit upon a larger mission to improve the financial welfare of employees who don't have a safety net and, in turn, help companies improve employee satisfaction and retention.

Atif Siddiqi knew he wanted to build a business. When considering problems to solve, he harkened back to his high school sales job at a t-shirt shop, where there was no automated system for employees to trade or pick up available shifts. Years later, he discovered, not much had changed. He launched Branch in 2014 as a scheduling tool for hourly employees. It has since evolved into a mobile-first platform on a mission to “make the lives of hourly workers financially better.” Branch provides no-cost advances on earned wages. The app is used by hundreds of thousands of hourly employees at large companies including Life Time and Target. Along the way, Siddiqi has become an authority on the topics of employee satisfaction, financial wellness, and how employee engagement can help a company’s bottom line.

“What we hear is employees are looking for more predictability in their schedules as well as flexibility. Uber has made it possible to pick up a shift any time—that’s driving consumers to want that from their workplace,” Siddiqi says. “Unemployment is at all time low. Companies are having a tough time attracting talent. When they do, the vast majority are seeing 60 to 100 percent turnover annually. The average cost to hire a new employee is $2,500—that’s recruitment, on-boarding, training. Anything we can do to slow down churn goes a long way toward the bottom line. It’s investing in growth.”

Forty percent of Branch users have no money in the bank; 75 percent have less than $500. “An unexpected expense can really derail their personal and work lives,” Siddiqi says.

A California native, Siddiqi moved his company to Minnesota in its early days to participate in Target Tech Stars. The experience was critical to Branch’s success. “For an entrepreneur, working with a big organization is like a black box—you don’t know how decisions are made. It allowed us to peer inside the black box, understand how tech initiatives are implemented, how they’re deployed, how new tech interacts with all the existing tech already in place. It was really fundamental to us understanding how to deploy within an organization. One of the things we got really good at: reducing amount of friction to implement.”

By the time Branch completed Target Tech Stars in 2016, the company was growing and Siddiqi decided to make Minneapolis headquarters, and home. “The Twin Cities has a lot of great talent, especially around enterprise B-to-B software.”

Branch employs 65 (up from 45 when this episode was recorded just a few months ago), has raised more than $10 million, and is making money, Siddiqi says. “If we can help employees continue to grow their account balance over time after downloading the app, that’s success for our team—our North Star and what guides us.”

As far as advice for other entrepreneurs? “Start building,” Siddiqi says. “There’s no substitute for actually building product, learning from customers and hearing what they have to say.”

We dig into that strategy in Back to the Classroom with the University of St. Thomas Opus College of Business. John McVea, an associate professor at the Schulze School of Entrepreneurship, says there’s been a huge change in emphasis on entrepreneurial strategy from ready, aim, fire, to fire, ready aim. “We used to teach: think, research, plan, execute. Logical, not random. But when we talked to real life entrepreneurs, very few operate this way. They jump off a cliff and try. They make mistakes, pivot, learn, and keep going. Often they end up in a place that is different than we would have ever intended.” 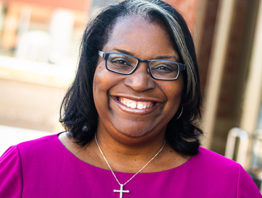 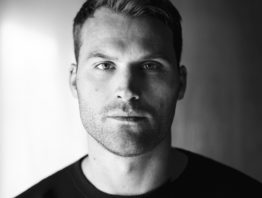 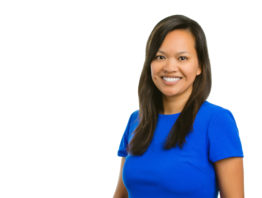 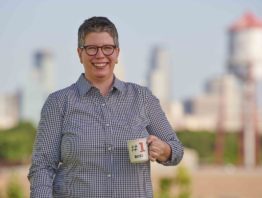 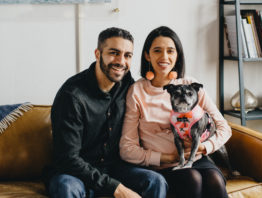 Have you ever come up with what you thought was a really clever social media handle, sure to be your key to fame and fortune, only to find it’s been
Listen Now
Back To By all Means