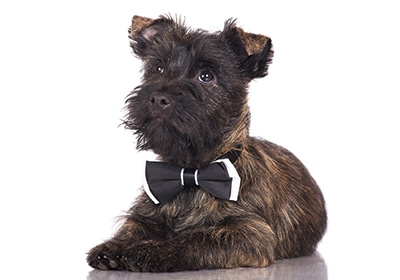 The best opportunities for networking.
By tcbmagstaff
February 01, 2015

Join MPR morning host Cathy Wurzer as she emcees a night to benefit the Arc Greater Twin Cities, a group that advocates for people with disabilities. The 2015 theme is “Soar —Preparing Youth with Disabilities to Leave the Nest.” The evening includes entertainment from A Band Called Soul, dinner, reception and a silent auction. About 500 are expected at the event.
5:30 p.m., $175, Marriott City Center, Minneapolis, 952-915-3695, arcgreatertwincities.org

The Greater Twin Cities United Way turns 100 this year. About 2,000 people are expected to celebrate the centennial of United Way, including CEOs and leaders of local nonprofits. The evening will feature the annual Best of Awards that recognize local organizations’ recent successes. Shed G., a popular comedian, will serve as the evening’s MC. Twin Cities musicians will perform throughout the celebration.
5 p.m., free, Minneapolis Convention Center, Minneapolis, 612-340-7532, gtcuw.org

20 February – Taste of the Timberwolves

Join Timberwolves players and coaches as they celebrate the mission of the FastBreak Foundation, which provides hands-on programs to help guide Minnesota youth as they prepare for their future. The Timberwolves have raised over $4 million to date. The evening will consist of local fare from some of the best Twin Cities restaurants, including SEVEN Steakhouse.
6 p.m., $400, Target Center, Minneapolis, 612-673-1667, nba.com/timberwolves/taste

Doggone it—another night out without your pooch! Not this evening—you can bring Spike, Spot and Fido to the Minnesota Animal Humane Society’s annual benefit to support the organization’s mission to protect the welfare of thousands of Minnesota animals. An exclusive cocktail and hors d’oeuvre reception kicks off the evening, followed by a silent auction, fun activities for guests and pets, and dinner. A live auction also will be featured.
5:30 p.m., $125-$200, The Depot, Minneapolis, 763-432-4842, animalhumanesociety.org

You don’t have to leave Minneapolis to experience world cultures at this lavish excursion around the Marriott City Center for a tour de monde to benefit Wishes & More. The organization helps children fighting terminal or life-threatening illnesses. The evening will be filled with bidding, dining, dancing and networking for about 650 attendees. WCCO’s John Hines will serve as the auctioneer for the evening.
5:30 p.m. $175, Marriott City Center, Minneapolis, 763-502-1500, wishesandmore.org