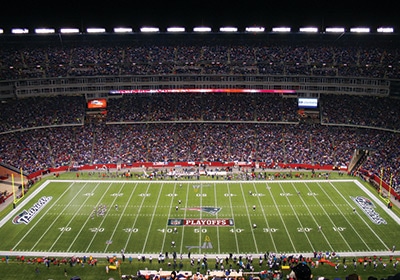 Plug Your Ears (And We’ll Plug Our Brands)

A UnitedHealth Group subsidiary and 3M pulled off respective marketing coups amid all the noise.
December 02, 2013

When Seattle Seahawks fans descended on CenturyLink Field for their home opener against the 49ers, their sights were set on more than a “W”—they aimed to break the Guinness world record for the loudest outdoor stadium.

Hi HealthInnovations (hHI), a UnitedHealth Group subsidiary that sells hearing aids directly to consumers, pounced on the opportunity to, um, plug its brand. It procured more than 10,000 earplugs and cleaned out the Seattle Costco’s 3,000 sugar-free Ricola throat lozenges, disseminating the products to screaming spectators.

In all, hHI spent $1,350 on earplugs and cough drops. The guerrilla marketing campaign was “a very cost-effective way to get our name out there,” says Will Shanley, UHG’s PR director, who conceived the initiative.

HHI, whose financials aren’t broken out from UHG’s $8 billion OptumHealth division, saw a 32 percent bump in inquiries and appointments with the company’s area audiologists in the week following the initiative, says Shanley, who reports that many of those people purchased hearing aids.

HHI wasn’t alone. 3M donated a whopping 30,000 pairs to the cause, each bearing the company’s logo, pegged at a retail value of roughly $15,000, according to Jason Jones of the company’s hearing division.

While presenting a prime PR opportunity, Shanley emphasizes that NFL fans’ record-shattering roars really are dangerous: “Anything over 100 decibels for as little as 15 minutes can cause hearing loss.” Seattle fans hit 136.6 decibels, eclipsing a record set by a soccer crowd in Turkey. Kansas City reached a deafening 137.5.