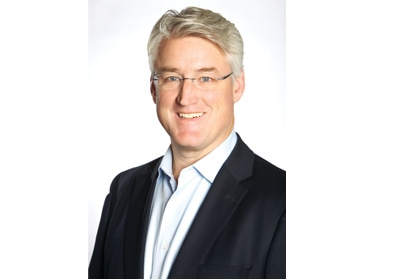 Insignia Systems paid folks who hung around through a decade-long legal battle-particularly its shareholders.
May 01, 2011

In February, Brooklyn Park–based Insignia Systems announced that it would receive a $125 million legal settlement from News Corporation, the $33 billion media company led by Rupert Murdoch. To most outsiders, it seemed as though this substantial sum could help expand Insignia’s business—or if nothing else, strengthen its balance sheet.

Insignia is, after all, a very small business. It generated about $30 million in 2010; it may surpass $32 million this year. The $125 million settlement was roughly equivalent to 10 times shareholders’ equity. That’s roughly akin to dropping a $2 million renovation budget on my house.

Under the settlement, Insignia entered into a 10-year business agreement with News Corporation. As a result, Insignia CEO and President Scott Drill says, the company will see “substantial growth,” and will be in a lot more retail locations. There will be no acquisitions, no diversification, no eight-figure capital expenditure budget. And the company doesn’t really need this additional capital.

What’s more, given the way settlements like this go, most of the proceeds are already gone—paid to reward the folks who hung in there through more than a decade’s worth of legal wrangling against a global media giant.

While this litigation ultimately proved highly profitable for Insignia, it’s of course not the company’s core business. Insignia sells the capability for packaged food companies to advertise their products right from the edge of the store shelf with printed ads. This kind of in-store promotion focuses mostly on price, and complements coupons, inserts, and other media advertising in the toolbox of consumer product brand managers.

It’s also a niche pursued by News America, a unit of News Corporation. News America was big in the newspaper insert business as well as in-store advertising, and its aggressive stance on bundling its services (as well as other practices) has been at the heart of disputes and lawsuits with Insignia since August 2000. The suit that just settled had been grinding on since 2004.

Drill gave the chances of seeing that settlement 50-50 odds as the latest trial’s date approached. News America was no stranger to litigation over its practices, by the way. It had settled a similar suit in June 2010 with Michigan-based Valassis Communications for $500 million. Insignia, as of day one of its trial, had spent $17 million out of pocket on this litigation. The company’s law firm, New York City–headquartered Kelley Drye & Warren, had invested an additional $17 million of unbilled time in the case.

The trial began in early February. Insignia got through one day of testimony with its lead witness before receiving and accepting a settlement for $125 million, less a $4 million payment to News for a cooperative agreement that opens up News America client stores for Insignia to sell to. Insignia issued a news release about the victory late on February 9. “And that’s when the phone started ringing,” Drill says. “Lots of smart people had a lot of opinions on what we should do” with the money.

So what did Insignia do?

To answer that question, we first need to size up the amount of cash in play. After News America wired $121 million, Kelley Drye took a contingent payment of $31.25 million and wired the rest to Insignia. Then there was the matter of taxes. Insignia had tax loss carry-forwards, though they were dwarfed by the size of this settlement. So deduct about $27.75 million, and it leaves $62 million.

With the news out on a Wednesday, Drill says, “I got a call on the following Monday from a broker with a very large position wondering why we hadn’t announced anything. He was sounding almost panicky.” Drill says that he tried to explain that maybe three days wasn’t quite enough time to consider all of the options at the board level for a slug of capital that size.

Of the unsolicited input from friends, neighbors, brokers, and shareholders, Drill says that on the one side there was a request for a $3-per-share special dividend. That would have used up more than $50 million of the $62 million net proceeds.

On the other side of the debate were those who urged Drill to sit on the cash until an opportunity presented itself. That was an expensive option, as Drill learned from his CFO, Justin Shireman: Insignia’s cash was earning about 0.15 percent, and at its peak balance the cash was generating just $500 a day in interest income. “Had we done nothing,” Drill says, “there would have been an uprising.”

When the board did meet 13 days after the settlement was reached, it was just Drill and the four outside directors, led by Chairman Don Kramer, the retired principal of TA Associates of Boston. There was no financial advisor present. Drill says that while they discussed an acquisition strategy, nothing was seriously considered. The directors saw the work of implementing the agreement with News equal to the work of integrating an acquired company. There was zero consideration given to a going-private transaction. Instead, there was a quick consensus formed around two concepts—a special dividend and a stock buyback.

The board landed on a special dividend of $2 per share; with more than 16 million shares outstanding, this amounts to about $35 million. “Two bucks in dividend on a $7 stock, we thought that was pretty significant,” Drill says. “And the special dividend gets 15 percent tax treatment.”

The other issue was shareholder liquidity. Insignia was trading an average of about 35,000 shares per day in the weeks before the settlement. Selling a meaningful block of shares would have been difficult. So the board authorized the buyback of up to $15 million worth of stock, and Drill made it clear to investors that he intended to execute on the authorization. In the end, $47 million of the $62 million in net proceeds went to the shareholders.

Insignia’s largest holder, Perkins Capital Management of Wayzata, was pleased with the outcome. Says founder Richard W. Perkins, “The shareholders have suffered through this for years and years and years. There was no certainty that right would prevail, as is the case so often in our legal system. So yes, the shareholders are entitled to a piece of it.”

There was one other group to pay, and that was management. The team had an incentive plan in place that kicked out bonuses equal to 5 percent of the net pretax settlement proceeds above $10 million. Drill’s own share of the $3.99 million bonus plan was $2.4 million.

All of which means that Insignia itself will end up with about $25 million, including the $13.7 million on the balance sheet at the end of the most recent quarter. More than enough, Drill says, given his plan for growing the company.