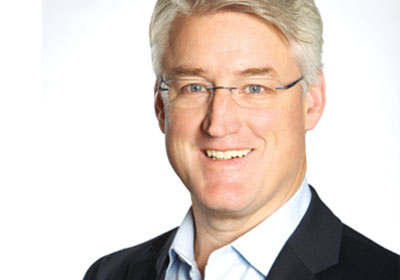 Bringing in a new chief executive allowed Paddock Labs to grow, and attract a buyer.
June 01, 2011

In March, the Harvard Business Review published an exhaustive global study of middle-market companies that could be discouraging for you founder CEOs out there. Its conclusion: You’re the worst managers. Nonfamily bosses at a family company, CEOs at public companies, CEOs at private equity portfolio companies, even bosses at government-owned companies—all scored better as CEOs. The study looked at these companies’ management practices over shop floor operations, employee incentives, and other measures. On a 1-to-5 scale, the founder CEO scored less than 2.8.

Of course, we are talking averages here. And there are exceptions, such as Bruce Paddock. In the course of 34 years, Paddock turned his $20,000 investment (along with a $50,000 Small Business Administration loan) in what became Paddock Laboratories, Inc., into about $540 million. That’s the price at which Michigan-based Perrigo Company agreed to buy all of Paddock Labs’ assets in January.

The Harvard Business Review judges would have to score Bruce at least a 4.0. But the interesting thing about the run-up to the sale is that Paddock hasn’t been CEO of his company since April 2007. An executive named Michael Graves has. And because of this, perhaps Paddock deserves a score that’s closer to 5.0. In any case, Paddock is pretty happy with how his transition to his nonfounder CEO worked out.

New Hope–based Paddock Labs was born in 1977, when Bruce Paddock, trained as a pharmacist, bought the assets of his bankrupt employer. He didn’t hire his first professional manager for six years, and seven more years passed before he wrote his first business plan. Since 1984, the company has focused on generics—pharmaceutical products that are no longer under patent protection. Bruce’s strategy was to seek opportunities in niches and stay away from blockbusters, which bring generics flooding into the market once a patent expires. A good product candidate was just about anything Paddock Labs could make and sell with a reasonable share after launch—tablets, gels and topicals, mists, supplements. (The company also markets sterile products such as injectibles, but it doesn’t manufacture them.)

It’s a niche industry, one Bruce Paddock thinks of as a small community. A tough competitor one day could be a partner the next. And it was a partnership that brought him together with Graves.

Graves was senior vice president for  corporate development and strategy at New Jersey–based Par Pharmaceutical when he and Paddock first worked together. Par and Paddock partnered to produce a generic version of AndroGel, a testosterone gel that had been produced by global pharmaceutical and chemical giant Solvay. A few years later, Bruce Paddock asked Graves to join Paddock Labs. He was approaching 60 and Graves was 15 years younger.

Plus, Paddock had become frustrated: “We had 50 new products in the pipeline. And we were really having a hard time getting products out of our pipeline.” Paddock and Graves struck a deal that gave Graves stock appreciation rights, paying him on the increase in the value of Bruce Paddock’s stock, and Graves came to Minnesota in 2007.

Simply put, Graves unplugged the pipeline. Growth in this business doesn’t come from skillful marketing or sales-force training or big advertising budgets; it comes from launching inexpensive new generic versions of a product that people are already buying. Graves sought licensing and joint-development efforts with smaller firms in the industry, and he brought to Paddock new leadership in R&D, regulatory affairs, and other departments.

Graves, who was charged by Bruce Paddock to accelerate growth, succeeded wildly. With new R&D leadership, the company changed its product mix, pursuing items that had larger markets. In Graves’ first full year on board in 2008, Paddock Labs’ revenue was $120 million. It hit $160 million the following year. And Perrigo has indicated that Paddock should add more than $200 million in incremental sales the first year after its purchase.

Bruce Paddock says that he didn’t really go anywhere once Graves reported for work; he describes it as a time when he could be the owner and not the guy driving the results. And as Paddock looked at the situation, he concluded that maybe the time was approaching to exit. It was less retirement planning, as he describes it, and more like strategic planning, using five years as his window.

With Graves running the company, Bruce Paddock hired New York institutional investment bank Jefferies & Company to seek a buyer. It was March 2010, and Paddock told Jefferies to hustle: He wanted to beat a change in federal tax law expected to happen at the end of the year. Among the parties Jefferies brought to the table was Perrigo, which has a commanding position in the market for private-label, over-the-counter medications, such as CVS- and Walgreen-brand versions of Advil and NyQuil. Perrigo had been looking to acquire in other segments, including generics.

While Paddock may have been cautious in the long term, he was pitching a very strong nearer-term growth story. At the time of the deal, Paddock Labs had 28 applications for new products awaiting regulatory action and more than 20 new projects in development. Bruce Paddock expects Paddock Labs to double its sales in five years.

In terms of valuation, Perrigo told its investors that Paddock had earnings before interest, taxes, depreciation, and amortization (EBITDA) of $53.1 million in the 12 months ended in September 2010. Perrigo’s purchase price of $540 million was thus 10 times EBITDA. Even so, Perrigo said the deal would increase earnings per share during the fiscal year ending June 2012.

In a recent conversation, Bruce Paddock volunteers that he wasn’t even sure whether Perrigo wanted him to stay in any capacity post closing. As part of the deal, he executed a four-year noncompete, and he clearly anticipated being asked to move on. Nodding to a big bare spot on the wall behind his desk, he says that “every day, I take a bucket of my stuff home.”

Paddock assumes that Perrigo will let Paddock Labs grow and thrive in Minnesota with its 480 employees—“they’d be idiots to close this place.” He isn’t sure whether Graves will follow him out the door. Graves wasn’t available to talk, but as Paddock finished ticking off his accomplishments, at Paddock Labs and earlier in his career, he concluded that one way or another, Graves will be in demand.

“He’s a real driver,” Paddock says. “Kind of reminds me of me, back when I was younger.”