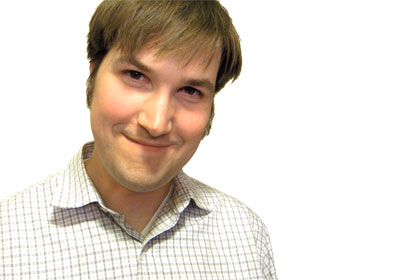 Picking Up the PACE

A Minnesota program could make it easier for businesses to improve their energy efficiency.
September 20, 2012

Despite all of the attention paid to energy efficiency in recent years, there are still billions of dollars’ worth of low-hanging fruit in our offices, factories, and retail spaces. A 2009 study by McKinsey & Company concluded that the United States could cut its energy consumption 23 percent this decade simply by tackling efficiency projects where the energy savings exceed the up-front costs. The investment would save billions of dollars for businesses and homeowners and slash greenhouse gas emissions by more than a gigaton. About two-thirds of the opportunity is in the commercial and industrial sectors.

The problem: where to come up with the money to pay for it all. Most small and midsize businesses don’t have the capital reserves to cover the up-front costs; even if they do, they have other priorities for that cash. Collateral is also an issue: Most banks won’t have any interest in repossessing a used furnace if a loan goes bad. True, there are government- and utility-sponsored loan programs, but these are designed for certain types of projects at certain types of companies, and each has its own criteria and conditions.

To provide help to its local businesses, the Minnesota Legislature passed a law in 2010 that authorized cities to create “property assessed clean energy” programs, or PACE. Edina is the first (and, as of this writing, the only) municipality to establish one. “It’s a real low-risk economic development tool that can save money for businesses and put people to work as well,” Edina Mayor Jim Hovland says.

The PACE program allows building owners to pay for energy projects through a special assessment on their property tax bill. Here’s the process: A property owner submits a loan application to the city, which reviews it for creditworthiness and project eligibility. Before the city issues the loan, the borrower is responsible for finding a private investor to back a municipal revenue bond from the city. The investor buys the bond from the city, which uses the funds from the sale to issue the loan. Repayment is rolled into the building’s property taxes over five or 10 years. No public money is used, and the city gets a cut of the revenue to cover administrative expenses.

One Edina business that applied for a loan through the PACE program is Salut Bar AmÃ©ricain, owned by Edina-based Parasole Restaurant Holdings. A recent green initiative at Parasole has had the company looking for ways to reduce energy and water consumption at its restaurants. Parasole’s newer locations—Burger Jones in Burnsville, Pittsburgh Blue at the Galleria—were built with energy-saving lighting and equipment. Now Parasole wants to incorporate those into its existing restaurants.

It’s not just a feel-good endeavor; saving energy is a bottom-line issue. Historically, the company has budgeted about 2 percent of sales for gas, electric, and other utility bills. Today, those costs exceed 3 percent of sales, and they’re creeping toward 4 percent.

Parasole wanted to spend about $50,000 on ultra-efficient LED lighting and new variable-speed “smart” fans for its kitchen hoods, which are designed to sense when food is being cooked and to slow down to save energy when a stove or grill isn’t being used. With rebates from Xcel Energy, the project has a simple payback time of about two and a half years.

For Parasole, the project has been cash-flow positive from since day one. An $8,006 special assessment will show up on its next five property tax bills, but its energy bills are projected to drop by more than $16,000 a year.

“It is a meaningful savings,” says Alan Ackerberg, chief development officer and a partner with Parasole. It’s also appealing to the investor, which in this case is Minnesota-based Bremer Bank. A typical municipal bond earns a rate of return around 2 to 3 percent; PACE bonds have return rates of around 4 percent to 6 percent.

The Edina City Council approved the Salut loan on August 21. If all has gone according to plan, the project should be completed around October 1.

Parasole’s guide through the process has been Jeremy Kalin, who wrote the law enabling PACE programs while serving in the Minnesota House of Representatives from 2007 to 2010. Kalin hopes brokering PACE deals can become a big part of Eutectics Consulting, his Minneapolis-based business, which works on the creation of clean-energy projects.

In sum, PACE is a promising program for businesses seeking to lower their energy costs. But before it can be used more extensively, PACE needs to become easier. Ackerberg says that Parasole is big and sophisticated enough to push through the PACE process because it’s motivated to do so, but overall it’s too complicated for most companies to deal with. Everyone involved in the deal has treated it as a learning opportunity and hopes to find ways to streamline the process.

Another factor restricting PACE in Minnesota is that so far, Edina is the only city to offer PACE financing. Projects like Parasole’s in Edina could show other municipalities that it’s a tool worth investing in.