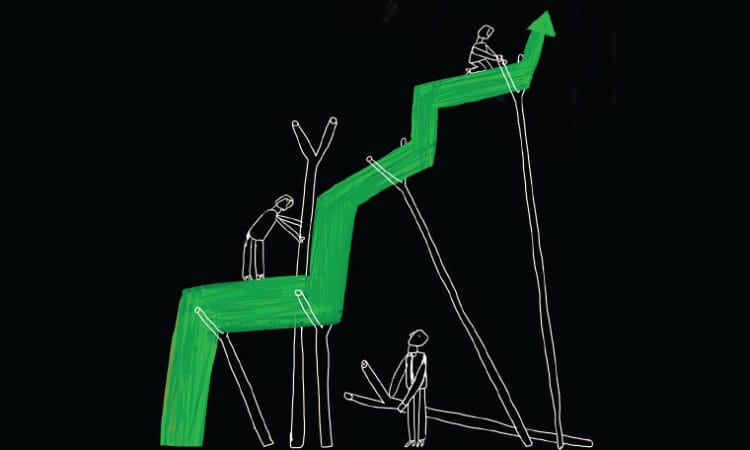 A Chinese farmer plants a seed. He tends to it with water and fertilizer, as he would any plant. The soil has to be tilled and kept free of weeds. A whole year goes by and there are no visible signs of growth. The farmer persists and with tenacity continues to provide care.

The second year, once again, shows no growth above the soil. The third and fourth year go by—still no discernible signs.

Most of us would have exhausted our patience by then and begun to wonder if our efforts would ever bear fruit. We would start to doubt ourselves and many would quit. Some would even dig up the seed every so often to see if it was ever going to sprout. Doing so would kill the plant for sure.

This Chinese farmer does nothing of the sort. He continues to cultivate the spot with patience and diligence. In the fifth year a miracle happens—a bamboo tree grows 80 feet in just six weeks.

Was the tree really dormant for four years, only to shoot forth in six short weeks? Without the unseen root system could it have supported the exponential growth after germination?

Entrepreneurs painstakingly toil toward lofty dreams and goals. They stay focused and continue to believe in what they are doing even when immediate results are not visible. The loftier the goal, the greater the need for single-mindedness and diligent perseverance. The “overnight” success stories of luminaries like Henry Ford, Walt Disney, Fred Smith, Steve Jobs and Bill Gates often miss the years of drudgery and failures. But as they overcome adversity and challenges, they are nurturing strong roots. This foundation equips them to handle the potential for enormous growth later. Get-rich-quick artists, looking for instant gratification, can’t sustain the rigors of the process and often give up just when success is around the corner.

We have an inspiring reminder from a Minnesota exemplar of this ideal.

Mike Tkadlec of St. Paul-based Future Force LLC has patiently developed the radical concept of a gearless drive that several experts said would never work. Mike has been fascinated with magnets ever since he was a teenager. He always saw them as potential propulsion.

Then life intervened and he got into the trucking business. He started as a driver and slowly worked his way up. He ended up owning a trucking company. The oil crisis and a few customers defaulting on payments doomed that business. He then returned to his first love—magnets. By this time, extremely strong and permanent magnets made of the rare earth element neodymium were available. Thus started a 12-year path of hurdle after hurdle. He says at one point he was stuck and “a voice in my head suggested a novel path” and he made a solemn promise to “stick to it no matter what.”

Tkadlec has developed a magnetic propulsion gearbox and been granted three patents for zero contact transmission (ZCT). ZCT delivers more efficient power, with transmissions that are frictionless. They create no heat and therefore need no lubrication, which makes for easy maintenance, high efficiency and longer life.

ZCT drives can have enormous benefits for applications ranging from transportation, appliances and heavy industry to wind and hydro-electric energy.

Validation from federal agencies would propel the concept and mitigate adopter risk. (As with many revolutionary technologies, there can be hesitation to adopt out of fear of the unknown.)

Tkadlec, now an expert in magnetic propulsion technology, is pursuing other types of drives. He continues his quest to move the world using the force of magnets. The task remains to convince the market that he is a person with foresight and not a mere eccentric.

Nurturing something worthwhile is a long road. The slow progress does not by itself provide any encouragement. It can be frustrating and unrewarding at times. But to those who are determined, the universe provides nudges that end up in spectacular results. Patience is the secret nutrient.

Albert Einstein said something to the effect of, “It’s not that I’m so smart, it’s just that I stay with problems longer.” I salute that endurance. 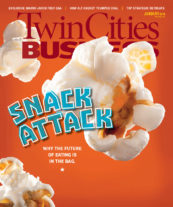 Rajiv Tandon is founder and executive director of the Institute for Innovators and Entrepreneurs and an advocate for the future of entrepreneurship in Minnesota. He can be reached at rajiv@mn-iie.org.