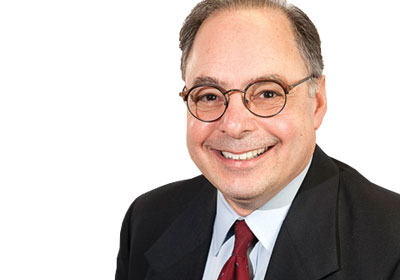 If there’s anything that epitomizes innovation, it’s a patent. Patents can change people’s lives, launch industries. The invention by Stillwater’s Charles Strite of a pop-up toaster, which became known as the Toastmaster, helped pave the way for sliced bread.

In a broader sense, patents also serve as a leading economic indicator, an early stage barometer for new and growing industries. “Patent issuance is definitely an indicator of the level of technology development in a community, and tends to correlate well to activity in industries where you have high profits and where the jobs are going,” says Steve Lundberg, a patent attorney and a founding partner at the Schwegman Lundberg & Woessner law firm in Minneapolis.

Lundberg focuses on patent protection for software, medical, and telecommunications technology, and is also pretty handy with some databases that provide a snapshot of patent applications by state and industry.

I asked him to run some comparisons, including patents issued in Minnesota, Massachusetts, and California. Massachusetts, because of our frequent comparison with the tech and health care–heavy 128 Beltway, and California, because, well, it’s the center of the innovation universe. Here’s the headline: Minnesota is a major health care hotbed, a very good thing. It’s also surprisingly strong in industrial applications, which is really interesting. But in critical areas—particularly software—we’re nowhere to be found.

That said, Minnesota companies also continue to file thousands of patent applications each year. In fact, 2010 filings for Minnesota’s top 50 companies were up 58 percent in 2010 over 2001, outpacing Massachusetts but lagging behind California, whose filings were up 73 percent during the same time period. Equally relevant is that on a per capita basis, Minnesota ranks sixth in the U.S. and third for international patents, a factor heavily influenced by the practice of medical device companies filing patents overseas.

The really good news is that Minnesota—per capita or not—remains a clear leader in medical technology, far outpacing both Massachusetts and California. The state also handily outpaced both states in industrial and electronic products. Here, such companies as 3M Innovative Properties (which in 2010 accounted for exactly 800 patent applications), the various divisions of Cummins(56), Donaldson(43), and Rosemount, Inc., now Emerson Process Management(30), reveal deep intellectual property strength among the region’s larger manufacturers.