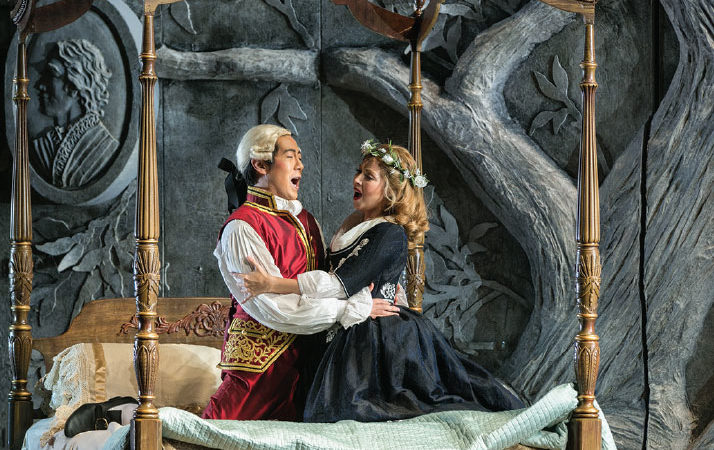 The entertainment picks for when you clock out.
By Tad Simons
November 01, 2017

The Marriage of Figaro

Minnesota Opera has gotten plenty of accolades for its new operas (Doubt, The Shining, The Manchurian Candidate), but it serves the classics with just as much energy and flair. The Marriage of Figaro is probably the most beloved opera in existence, partly because of its crowd-pleasing vocal acrobatics, partly because it’s Mozart and partly because it is an almost perfect artistic construction, a piece that both defines and exemplifies the pinnacle of human creative achievement. That, and it’s a heckuva lot of fun. Nov. 11-19, Ordway, St. Paul, 651-224-4222, ordway.org

These are heady days for Kansas fans. The 1970s supergroup has refueled with three new members and announced a series of “album tours” in which they will play the entirety of one of their many multi-platinum records from beginning to end. With Leftoverture, this presents a wee bit of a problem since the album starts with the ubiquitous “Carry On Wayward Son,” the band’s go-to encore. But don’t cry: Isn’t that what “Dust in the Wind” is for? Nov. 18, State Theatre, Mpls., 612-339-7007, hennepintheatretrust.org

Theatre Coup d’Etat’s original adaptation of the Herman Melville classic offers both psychological insight into Captain Ahab’s white-whale obsession and a deep study of the group dynamics on a ship helmed by a captain who is crazy. Theatre Coup d’Etat is an ambitious young troupe that knows how to mine the best up-and-coming local talent to produce consistently good work on a relative shoestring. Nov. 3-20, Fallout Arts Initiative Co-Op Studio 3, 2601 Second Ave. S., Mpls., 800-838-3006, theatrecoupdetat.com

The Rose Ensemble with Piffaro

2017 has been full of Reformation-themed programs due to a local cultural mandate that the 500th anniversary of Martin Luther’s 95 Theses be celebrated and explored from every possible angle. That said, music may be one of the more direct ways to experience Luther’s impact on religiosity. To prove it, the Rose Ensemble is presenting a lineup of work by several Reformation-era composers, as well as a rare historical reconstruction of a 1616 royal baptismal mass. Piffaro, one of the finest Renaissance music troupes in the world, joins Rose to bring Luther’s musical legacy to vibrant life. —Tad Simons Nov. 5, Ordway, St. Paul, 651-224-4222, ordway.org