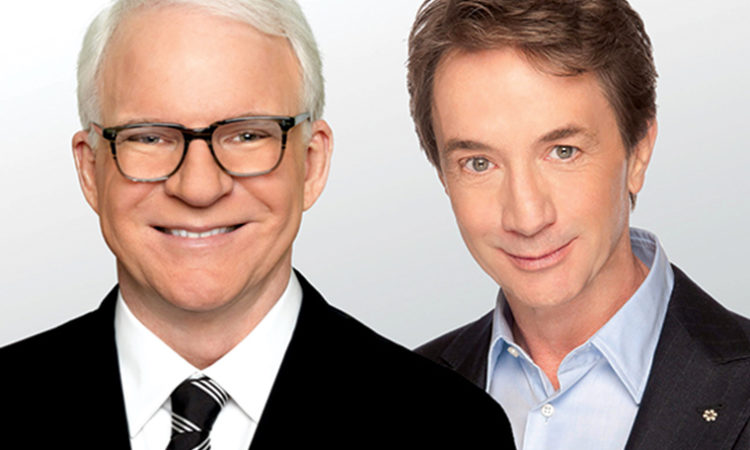 The entertainment picks for your out of office time in May.
By tcbmagstaff
May 01, 2017

Steve Martin and Martin Short:
An Evening You Will Forget for the Rest of Your Lives

What can two of the most celebrated comedians of their generation do together that they haven’t already done separately? To find out, the duo started performing together last year and have developed a kind of old-fashioned vaudevillian variety show that features plenty of rapid-fire zingers and Donald Trump jokes, some nostalgic reminiscences, a few humorous sketches, lots of ad-libbing and the occasional bluegrass interlude. Steve Martin’s band, the Steep Canyon Rangers, will be on hand for musical support, with Martin himself plucking the banjo.
May 18-19, Orpheum Theatre, Mpls., 800-982-2787, hennepintheatretrust.org

If people are still listening to you sing after 50 years, you must be doing something right. Seventy-six-year-old crooner Neil Diamond certainly is, and—as if his career needed another exclamation point—he’s mounting a massive world tour that begins with a 39-city swing through America. Could this be Diamond’s last tour ever? If it is, you have one final opportunity to hear one of the greatest showmen in pop history belt out an amazing string of hits—songs that were, in their time, part of the soundtrack of everyday life.
May 24, Xcel Energy Center, St. Paul, 651-726-824, xcelenergycenter.com

The Walker Art Center’s renovated sculpture garden reopens in June, and when it does, one of the most conspicuous additions will be a 20-foot-tall blue rooster by German sculptor Katharina Fritsch. To celebrate, the Walker is presenting an exhibit of 40 Fritsch sculptures, which includes colorfully enlarged versions of several other creatures—rat, dog, octopus, snake, elephant—as well as everyday objects such as umbrellas, apples and seashells. The show won’t last forever, but the rooster is here to stay.
May 11-Oct. 15, Walker Art Center, Mpls., 612-375-7600, walkerart.org

Theatre de la Jeune Lune may be long gone, but that hasn’t stopped core members Dominique Serrand and Steve Epp (along with regulars Nathan Keepers and Christina Baldwin) from continuing to pursue politically and aesthetically challenging ensemble-based theater. Working for the past several years as the Moving Company, the troupe is back on center stage at the Guthrie with the world premiere of a new work about the nature of living in exile, at the margins of society, as borders and values are fought over and reimagined.
May 13-June 11, Guthrie Theater, Mpls., 612-377-2224, guthrietheater.org