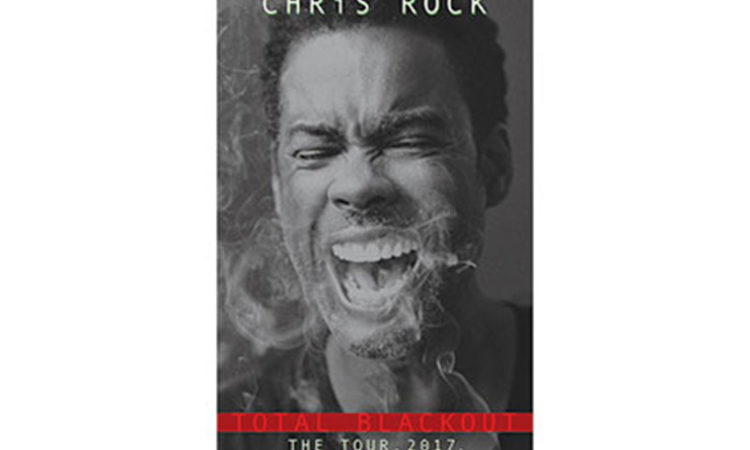 The top tickets and art picks for March from the editors at MSP Magazine.
By tcbmagstaff
March 01, 2017

If comedians are currently our best cultural critics, Chris Rock could be poised for a serious career revival. He’s one of the sharpest, most outspoken observers of racial hypocrisy in America, at a time when U.S. race relations are reaching new heights of surrealism. Given that he’s already announced that he’ll be running in the 2020 presidential election (his slogan: “The Only Thing White Is the House”), maybe it’s time to start listening to him.

Lionel Richie with Mariah Carey: All the Hits Tour

It’s hard to tell whose career this tour is supposed to help. Richie is still trapped in a 1980s time warp, and Carey hasn’t been on the road in more than six years (though she has made plenty of news in other ways). Still, there’s no arguing that this duo has enough hits to croon the night away. Carey alone has climbed to No. 1 on the Billboard charts 16 times, and Richie—well, the tagline for his last tour was “All the Hits, All Night Long,” so don’t expect too many surprises, just great singing and lots of mutual admiration.

Mexican film director Guillermo del Toro has claimed that much of the bizarre imagery in his movies (The Devil’s Backbone, Pan’s Labyrinth, Hellboy, Pacific Rim) comes from the many lucid dreams he had growing up in Guadalajara—dreams steeped in magic, occultism, fantasy, horror and yes, monsters. Del Toro has spent a lifetime not only capturing those images on film, but also collecting a vast array of paintings, masks, mannequins, and other artifacts, all of which he keeps at the Los Angeles facility he calls Bleak House. This exhibition offers a fascinating peek at a curated portion of that collection, and offers rare insights into the mind and imagination of one of cinema’s most celebrated artists.

She Went to War

The Telling Project is a national nonprofit arts organization that uses interviews with veterans returning from war to create theater-based storytelling events performed by veterans themselves. She Went to War is a new work that relates the experiences of four female veterans, all of whom participated in combat missions. Because these are real stories told by actual veterans, Telling Project performances have a reputation for being extraordinarily (even disconcertingly) powerful. Prepare to be moved.