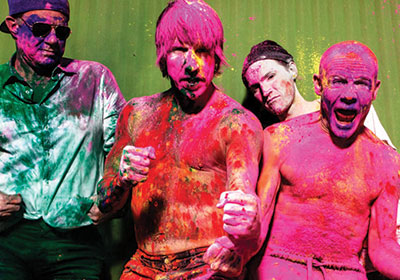 The top tickets and art picks for January.
By tcbmagstaff
January 13, 2017

Having rededicated himself to standup after conquering the internet with his addictive series Comedians in Cars Getting Coffee, Seinfeld is reclaiming his comedy crown. Renowned for lambasting life’s little annoyances, he has reportedly gotten crankier with age (he’s 62). “What else is annoying in the world, besides everything?” is how he began a string of shows earlier this year. Since then the list has definitely grown, so here’s hoping his new material is as sharp as the old. Jan. 19-20, Orpheum Theatre, Mpls., 800-982-2787, hennepintheatretrust.org

The Chili Peppers are ostensibly touring in support of their latest album, The Getaway, but set lists from earlier shows suggest that they are only playing a smattering of songs from the new disc. The rest is tried-and-true funk-punk delivered with a seasoned professionalism that’s almost ironic, given the band’s bad-boy roots. These boys are in their 50s now, though, so they’ve officially crossed that strange threshold of being a cover band for their own material. The good news: nobody plays “Dani California” better. Jan. 21, Target Center, Mpls., 612-673-1300, targetcenter.com

Choreographer/dancer Ranee Ramaswamy and daughters Aparna and Ashwini have gained international acclaim creating relevant contemporary dance within the strictures of the ancient Indian form known as Bharatanatyam. The troupe’s latest work, Written in Water, is a meditation on the tension between ecstasy and longing, played out on a giant game board from the second-century Indian game paramapadam, the basis for what is now called “Snakes and Ladders.” Jan. 27-29, Cowles Center, Mpls., 612-206-3636, thecowlescenter.org