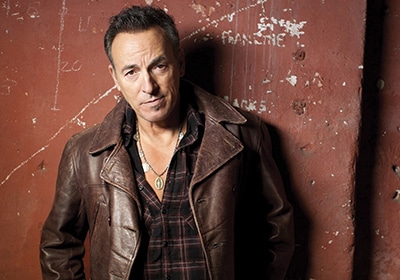 His 1980 double album, The River, took Bruce Springsteen to the top of the charts for the first time. Thirty-six years later, Springsteen and company are revisiting that iconic era by presenting the entire River album in concert. For some, that news alone is reason enough to melt some plastic. But if you need more excuses, the concert comes on the heels of Bruce’s latest release, The River Collection, a four-CD/three-DVD box set of E Street excess.
Feb. 29, Xcel Energy Center, St. Paul, 651-726-8240, xcelenergycenter.com

Shen Yun | Open the Gates to a Lost Civilization

Shen Yun is the Cirque du Soleil of Chinese dance, but with better stagecraft, more compelling music and a much more sophisticated artistic aesthetic. Drawing from ancient Chinese dance and storytelling techniques, the company creates an eye-popping fusion of Eastern spirituality and Western spectacle. This year’s show is an all-new production that revisits a mythical time when gods walked the Earth and everything in the universe was in perfect harmony.
Feb. 19-21, Orpheum, Mpls., 612-339-7007, hennepintheatretrust.org

Curators from the Crystal Bridges Museum of American Art in Arkansas traveled to 48 states and visited almost a thousand artists’ studios to identify the best unknown or little-known artists in America. The result is an enormous, wide-ranging show that takes the pulse of contemporary American art in a unique and fascinating way, and features work in all kinds of media: painting, photography, video, installation, sculpture and more. Twin Cities artists who made the cut are Chris Larson and Andy DuCett.
Feb. 18-May 29, Minneapolis Institute of Art, 612-870-3000, new.artsmia.org

Theater LattÃ© Da has been stringing together one hit after another, including last year’s fantastically wicked staging of Stephen Sondheim’s Sweeney Todd. For his next Broadway Re-Imagined project with Hennepin Theatre Trust, director Peter Rothstein takes on another Sondheim vehicle (he wrote the lyrics, anyway; Jule Styne wrote the score). Gypsy is the raucous, iconic 1959 musical based loosely on the life of stripper Gypsy Rose Lee—a show that ranks as one of the greatest American musicals.
Feb. 13-Mar. 13, Pantages Theatre, Mpls., 612-339-7007, hennepintheatretrust.org