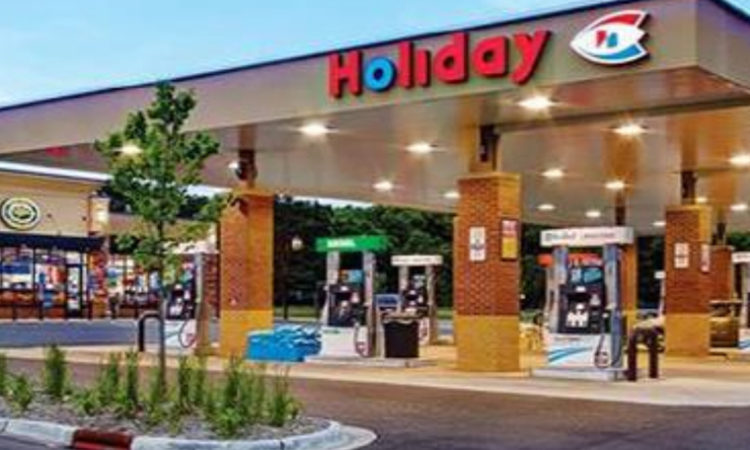 One of MN’s Largest Private Companies, Holiday Gas Stations, is Being Sold

The local gas station chain, according to estimates, may have sold for nearly $2 billion.
July 11, 2017

Months after selling their outdoor retail chain Gander Mountain, the Erickson family have parted ways with another of their major business operations: Holiday gas stations.

Montreal-based Alimentation Couche-Tard Inc., one of the fastest-growing gas station and convenience store companies in the world, announced Monday it would acquire all of the issued and outstanding shares of Holiday Stationstores Inc.

The Bloomington-based gas station chain with approximately 522 stores spread across 10 states, was founded in 1928 by the Erickson family. More than half of its locations are Minnesota-based.

Included in the deal, Couche-Tard said, were the food commissary that produces fresh and frozen food to Holiday stores in the greater Twin Cities area, as well as a fuel terminal in Newport, which supplies one-third of all Holiday stations.

The price Couche-Tard paid for Holiday was not revealed due to a confidentiality agreement signed by those close to the deal. However, estimates based on Holiday’s financial record and industry valuations indicate the sale may have reached $1.8 billion to $1.9 billion.

As a private company, Holiday has typically avoided disclosing financial figures. But in the announcement of the acquisition, Couche-Tard revealed that earnings before interest, income taxes, depreciation and amortization (EBITDA) figure to be between $180 million and $190 million annually.

When a company is considering a sale, it may receive an initial bid of five times EBITDA, though it varies by the state of the industry and of the individaul business. For the public convenience store and gas station industry, that rate is said to be 10 times EBITDA, according to a recent report from Mercer Capital, a national business valuation and financial advisory firm based in Memphis, Tennessee.

Couche-Tard said the deal is expected to close early next year.

“We are pleased to entrust Couche-Tard with carrying forward the Holiday brand and our highly successful programs,” said Ronald Erickson, chief executive of Holiday, in a statement. “Our 90-year history and our promising future are being placed into excellent hands.”

According to Forbes, Holiday was the 133rd largest private company in America. The chain had annual sales of $3.2 billion and about 6,000 employees.

Holiday is said to be the 18th-largest convenience and gas station company in the nation. Couche-Tard, which operates stores under the Couche-Tard, Mac’s and Circle K brands, was the second largest as determined by trade publication CSP magazine.

Over the last decade, Couche-Tard has grown rapidly and primarily through acquisition. Today, the company operates nearly 9,500 locations and has 94,000 employees in North America alone. When factoring in its global convenience store and gas station operations, Couche-Tard about $34 billion in revenue in its latest fiscal year.

“The acquisition of Holiday is a great fit for Couche-Tard and will allow us to continue to build on our geographical growth strategy,” Brian Hannasch, president and CEO of Couche-Tard, said in prepared remarks. “The added value it will bring to our existing network of 14,000 stores [around the globe] confirms our capacity to grow by acquisition all the while targeting continued organic growth through food sales and other key categories.”

By acquiring Holiday, Couche-Tard operations would stretch into six new territories: Idaho, Montana, Wyoming, Alaska and the Dakotas. Once the deal is finalized, the company will have locations in every state except for Utah and Nebraska.