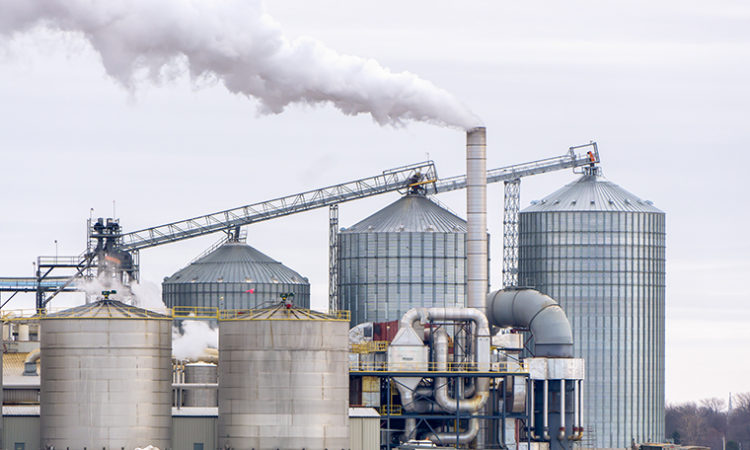 One Issue That Unites Republicans and DFLers in Minnesota? Biofuels

Minnesota lawmakers on both sides of the aisle have come out in support of ethanol and biodiesel, which they believe could help boost agriculture and reduce carbon emissions.
By Walker Orenstein
October 22, 2019

In turbulent times for trade-dependent corn and soybean farmers, elected officials across the political spectrum in Minnesota have rallied around a particular lifeline for agriculture: biofuels.

In recent weeks, top Republicans and Democrats have campaigned for new measures to support ethanol and biodiesel, touting the potential to help agriculture and reduce carbon emissions through vegetable-powered transportation. Many in the local GOP even crossed President Donald Trump after he exempted a wave of oil refineries from laws that require biofuels to be mixed with gasoline.

Minnesota is the fourth largest ethanol producer in the country. And even as some question their environmental cost, biofuels have become one of the few policies that can unite staunchly conservative politicians like U.S. Rep. Jim Hagedorn and liberal ones like Gov. Tim Walz.

As the industry has suffered from trade wars and other problems, a push to invigorate biofuels in Minnesota has gained new momentum. “Minnesota farmers endure a lot of uncertainty when it comes to the weather and the economy,” Walz said in September after creating a state council to grow the biofuel industry. “They shouldn’t face that uncertainty from their government.”

Biofuels have long been a money maker for farmers, but the last few years have made Minnesota’s ag businesses more reliant on the industry.

As part of its trade war with the Trump administration, China slapped tariffs on soybeans and crimped U.S. imports of ethanol, including a byproduct known as distillers grains. Trade with Mexico and Canada has also been strained while the Trump administration seeks ratification of the United States-Mexico-Canada Agreement. At the same time, high crop yields have brought down commodity prices for farmers, even as heavy rains and flooding have interfered with planting and harvestin Minnesota.

So as the president granted dozens of waivers since he took office to oil refineries that allow them to not blend biofuels into their gasoline, he faced sharp backlash from ag interests. The exemptions to the Renewable Fuel Standards (RFS) were originally meant for small refineries facing economic hardship, although many of the new exemptions benefited plants owned by oil giants like Chevron and Exxon Mobil.

Farmers said the waivers cut demand for biofuels at a time when agriculture is already struggling. About 40 percent of corn grown in the U.S. is used for ethanol, and at least 18 plants across the country have been idled in the last year — including one in Minnesota. The state has 19 ethanol plants, and three plants for biodiesel, which is typically derived from soybeans.

In September, Walz wrote a letter with South Dakota’s Republican Gov. Kristi Noem saying they were “extremely concerned” by the waivers Trump has approved since taking office. The pair said the latest round of waivers — 31 in the last year alone — “undermines the integrity of the RFS and harms our states’ agricultural communities, which have already been affected by the Administration’s tariffs.” Walz chairs the Governors’ Biofuels Coalition and Noem is the vice chairwoman.

Joe Smentek, executive director of the Minnesota Soybean Growers Association, said soybean farmers are tired of being “collateral damage” in Washington over trade fights and other issues that aren’t fundamentally about agriculture.

Yet Smentek said frustration in farm country did not end there. A long-running $1-per-gallon federal tax credit for biodiesel and biodiesel blends for the industry has expired, despite bipartisan support for the policy in the U.S. House. Minnesota GOP Reps. Jim Hagedorn and Tom Emmer and DFL Reps. Angie Craig and Collin Peterson have sponsored a bill to reinstate the credits.

Trump has taken steps to ease some of the pain felt by farmers. In May, the administration ended a ban on the use of E15 — a blend of gasoline with 15 percent ethanol — in the summertime. While the rule was meant to reduce smog, Trump’s action should drive demand for corn.

The president also recently finalized a trade deal with Japan, the second largest buyer of U.S. corn, and has funneled billions in aid money to farmers hurt by the trade war. And on Friday, Trump announced a tentative trade deal with China. While many details of the new pact still must be negotiated, the president said China would buy vast amounts of U.S. farm products.

Before the China deal, the Environmental Protection Agency also announced it will change the biofuels standard to increase ethanol and biodiesel sales and make up for the lost demand caused by refinery waivers.

Paul Gazelka, the Republican majority leader in the Minnesota Senate, heralded the RFS deal on Tuesday for bringing “much needed stability and clarity for the future of biofuels.” Hagedorn, a Trump ally in the farm-heavy 1st Congressional District, said the plan “will help restore demand for grain farmers and provide stability for agri-businesses and biofuels operators.”

Brian Thalmann, president of the Minnesota Corn Growers Association, said Trump’s announcements represent progress, but would not fix all issues. “In all these discussions we seem to be trying to get back to where we were, where we would have been, had we not been brought down.”

Walz and Noem, the South Dakota governor, urged the Trump administration in a new letter on Thursday to take more immediate action to boost biofuels through executive action and EPA powers.

Walz has been an aggressive booster for ethanol and biodiesel. He became chairman of the biofuels coalition in February, following in the footsteps of former governors Mark Dayton and Tim Pawlenty, who also took stints leading the organization.

In September, Walz created a new 15-member biofuels council to come up with ideas to grow the industry. The state Department of Transportation (MnDOT) then released a report on cutting greenhouse gas emissions that recommended the Legislature “strengthen” a state goal for the amount of biofuel used in gasoline through new “mandates and incentives” and spend more money to build the infrastructure needed for a spike in biofuels.

The MnDOT report says Minnesota should increase a strict mandate for biodiesel beyond a 20 percent blend required in the summer, possibly by requiring more bio-heavy blends in cold weather. But oil and trucking companies have resisted such changes in the past, complaining about biodiesel performance in the winter.

The biofuels plan represents a significant chunk of Walz’s agenda to rid the transportation sector of fossil fuels. Transportation is Minnesota’s largest source of greenhouse gas emissions, and research from the Union of Concerned Scientists and others suggests ethanol and biodiesel produce fewer greenhouse gas emissions than traditional gasoline.

In an interview last month, Walz said biofuels should serve as a “bridge” between fossil fuel-powered vehicles and electric ones. “This is about making sure that we’re reducing a dependence on foreign oil and then eventually dependence on carbon fuels,” he said.

Yet biofuels are not without critics. Steve Morse, executive director of the Minnesota Environmental Partnership, was once a leading supporter of corn-based ethanol and soy-based biodiesel as a state senator in the 1980s and 1990s. But he said he has changed his mind. Wide-scale corn and soybean farms have polluted water across the state, and led to habitat destruction, Morse said.

Nationally, key leaders of the initial federal biofuel standards have grown to oppose them after evidence surfaced that the requirements led to deforestation around the globe and spiked carbon emissions. Countries like Indonesia have also cleared forests to replace the corn and soy once grown for other purposes in the U.S.

Minnesota’s focus, Morse said, should be on creating biofuel from other sources, such as winter annual and perennial “cover crops” like the oil-producing plants pennycress and camelina. Cover crops are planted with traditional cash crops and keep land covered when they would otherwise be bare of corn and soybeans. Scientists say cover crops can reduce water pollution by preventing fertilizer runoff and sequester carbon.

Morse noted they could also slash the need for new farmland dedicated to biofuels. “We have a lot of concerns with just continuing to do what we’ve been doing over the last 30 years,” he said of expanding corn and soybean biofuels.

The MnDOT report focuses on ethanol and biodiesel, but it does also call for new incentives to reduce carbon impact of biofuels through “production plant improvements and farm practices” such as cover crops.

Oil refineries have also been frustrated by calls for stricter biofuel requirements at times. When the state last year increased its biodiesel mandate to 20 percent for summer months, Flint Hills Resources, which operates an oil refinery in Rosemount, argued there was inadequate supply and concerns about cold weather performance of B20 in April and September, since biodiesel can gel in the cold.

Many Republicans in the Legislature aren’t sold on Walz’s plans for the transportation sector, either. Sen. Bill Weber, a Republican who chairs the Senate’s Agriculture, Rural Development, and Housing Policy Committee, said Walz’s plan suggests he will ultimately phase out cars powered by gasoline and biofuel in favor of electric ones and hurt farmers.

Weber also argues that mandates that are out of step with neighboring states can make businesses and refineries less competitive, and he’s skeptical of government intervention that mirrors California regulations, such as Walz’s plan for low-carbon emission standards for cars. Tougher biofuel laws might also lead to new costs for farmers to comply, Weber said.

“I think there’s a lot of us that want a little more time to fully evaluate what this means,” he said. “I am not confident that this at the end of the day will be a good thing for the farming economy.”

Still, Weber said the biofuel industry is due some support, especially in a tough time for agriculture. He applauded the Trump administration’s agreements and said he was not happy with many of the refinery waivers. “The oil industry has had their own share of tax perks and that type of thing over the years,” Weber said. “And so I don’t think they really have anything to complain about in these instances.”