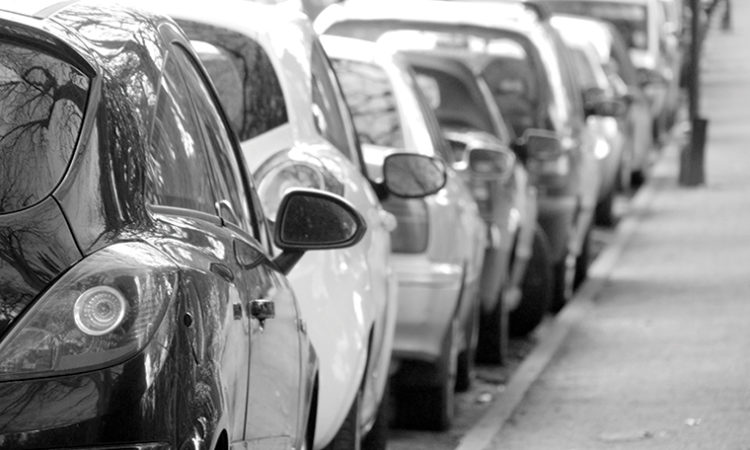 The North Loop is booming. Apartments and condos are packed with affluent, creative-class types; hip marketing firms and tech startups are clamoring for space; and every day there’s a new Instagrammable hotel, boutique or restaurant.

It’s a place to see and be seen—if you can find a parking spot, that is.

That’s not to say the neighborhood lacks space to store cars. Despite extensive development, the North Loop continues to be littered with surface parking lots. But most are private lots that the public can’t access. Combine that with more people coming into the neighborhood and relatively poor transit service, and it becomes clear why everyone is circling for a space.

When people do finally find a street spot, it’s often a long-term space with a 6 p.m. end to enforcement, so workers and residents alike will sometimes park in a spot all day. That pits these drivers against the owners of businesses, who want spots for customers to quickly park, walk in and leave.

High-end men’s boutique Martin Patrick 3 combats this phenomenon by paying for about 30 off-street parking passes for its employees. It costs MP3 about $4,200 per month, but it ensures that employees aren’t taking up precious street space.

“More parking is better than less,” says Dana Swindler, a partner at Martin Patrick 3. He adds that he supports a two-hour limit on meters in the neighborhood.

Residents are just as concerned as businesses are, says Fritz Kroll, a Realtor at Edina Realty in the North Loop. For most potential buyers, parking is a “deal-breaker.” His view: Let developers build as much parking as they want.

“I believe a developer has a much better understanding of what parking is needed than the City Council [does],” he says. But his laissez-faire approach also works the other way: “It would be great for a developer to put up a building with small units and no parking to create affordable housing options.”

Impatient parkers shouldn’t expect to see the city make too many changes. Public works officials said there is no plan for a parking assessment for the neighborhood nor a proposal to build any city-owned parking.

Third Ward Councilmember Jacob Frey, who is running for mayor, says this is the price desirable neighborhoods pay for success. “I’m not afraid to become a real city,” he says. “The quick extinction of parking lots has a direct correlation to the success of the North Loop.”