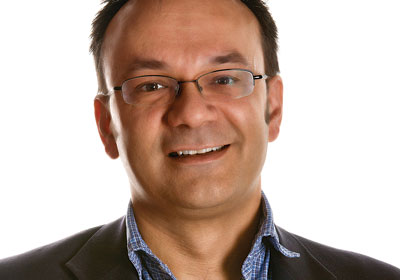 NGage Health Is Connecting the Docs

Peter Mills is trying to find ways for doctors to help patients when they’re not in the same room.

“Right now doctors give medicine and don’t want to see you until the next time you’re sick,” says Mills, a physician and the CEO of nGage Health. “That approach hasn’t made the population healthier.”

But as Mills notes, “health care is changing from fee-for-service to payment for managing the health of populations, for results rather than effort.” His startup, based in London and Minneapolis, aims to create interactive ways for medical professionals to collect information, then use that data to interact with patients in ways that improve outcomes.

“The remaining 60 to 70 percent can be swayed by messages from their physicians,” he says. “An interactive tool that lets patients report their progress captures useful data. You can understand the population you have in more detail and with better information. Then you can decide where to spend more effort to get the best results over the population.”

His company, Mills says, makes software that lets medical practitioners track patient-reported data in real time. In the old model, a patient might see her doctor once a year, with no contact or update between visits.

Using nGage software, the same patient can log her exercise schedule, for instance, and her daily diet. If she indicates on her online portal that she’s exercising and eating well, the doctor might respond with an encouraging note. If she stops exercising, for instance, the software can alert her doctor, who could then respond by asking the patient to come in for another appointment or by sending her additional information about the benefits of different kinds of exercise.

This is not Mills’ first startup. He helped found vielife, which creates employer-managed health management plans, in 2001, and sold the firm to Cigna in 2006. He and co-founder Simon Armstrong, a vielife veteran, launched nGage Health in January 2012. Mills chose Minneapolis as nGage’s U.S. home because of Minnesota’s strength in the health care industry and because of his personal ties to the area, forged from his first visit to the United States at age 20. He travels frequently between Britain, where the company’s other top executives are based, and Minneapolis. The company, funded by the founders, already has major clients on both sides of the pond, including Britain’s National Health Service and MDVIP, a concierge medical company owned by Procter and Gamble. 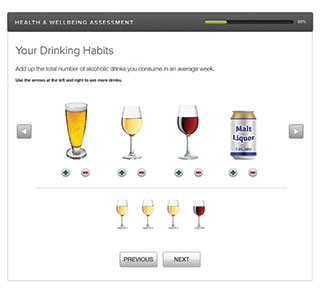 In Minnesota, nGage Health has created health-assessment software for Waconia-based Wellclicks, which is backed by Allina Health and Ridgeview Medical Center. Nearly 7,000 users have clicked through an online health questionnaire since the tool’s launch in May.

The Penny George Institute for Health and Healing was another early customer. “We were looking for a unique solution to help with our health risk assessment that we use in 13 different communities throughout Minnesota,” says Courtney Baechler, vice president and chief of prevention and wellness of the Minneapolis-based institute, part of Allina Health. She notes that the assessment is easy to use and allows people to work visually, as well as with words. “It also gives people a score,” she adds, “and I think folks enjoy having a number associated with their overall health.”

In its first year of operations, nGage Health generated $500,000 in revenue, and the firm is cash-flow positive, Mills says. It’s a lean operation, with just three contract workers in Minneapolis so far.

The timing of nGage’s launch comes as health care organizations are under increasing financial pressure to focus on results. In October 2012, Medicare began financially penalizing hospitals that re-admit too many patients with heart attack, heart failure, or pneumonia too soon after their initial hospitalization.

Though nGage hopes to help improve overall health outcomes, the company also wants to ease doctors’ transition into outcome-based medicine. “I think there’s a lot of angst among my peers about what this means for us. Physicians are starting to understand that they need to get ahead of this, they need to drive the change or have the rules written for them,” Mills says. “We can give them tools to help them succeed in this brave new world.”