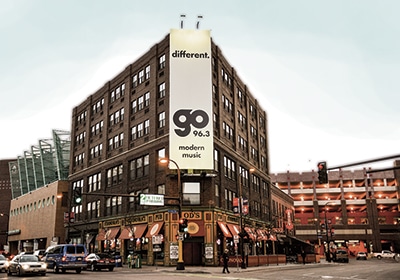 The FM dial is becoming a little more crowded.
September 05, 2015

In an email to Twin Cities Business, Jeff Tyler, Twin Cities market president for IHM, says that Hot 102.5 caters to a “completely unserved audience” in the Twin Cities. Pride Radio grew out of a national format that streams online. The Twin Cities was the first area in the country with an FM signal launch for the format.

The 102.5 signal is leased from Educational Media Foundation, a Christian music broadcaster, in exchange for one of IHM’s HD radio frequencies. IHM acquired 96.7 from United Audio Corp. of Rochester, which liquidated its holdings earlier this year.

There may be more to come. In July, Sid Hartman reported in the Star Tribune that Minneapolis-based Pohlad Companies was shopping for a second FM signal to relocate Minnesota Twins broadcasts, which air on its modern rock GO 96.3 FM, which changed formats in January. But Joe Pohlad, executive vice president of Northern Lights Broadcasting, tells Twin Cities Business that’s not the case.

Nielsen ratings for June 2015 show an uptick for GO to a 1.8 percent share of local audiences, up from a 1.0 share that the previous classic rock format was drawing in late 2014.