The newly-appointed president of Target’s troubled Canadian division is making it clear that customers there can expect to see some bold changes. Pronto.

The country’s financial press is taking note. Toronto’s Globe and Mail published a story focusing on the aggressive initiatives pushed by Mark Schindele, who took over from Tony Fisher at the helm of Target Canada last week. Schindele, a 15-year Target veteran, indicated the Minneapolis-based discounter will both go back to basics and will roll out some visible improvements in an effort to reboot the retailer’s 127 Canadian outlets.

Target’s Canadian operations posted an operating loss of almost $1 billion in its first year and another $211 million in losses in the first quarter. Target has been plagued by customer complaints that its pricing is often higher than that of comparable products at its U.S. stores and that stores are inadequately stocked.

To help overhaul the Canadian operations, Canada’s Financial Post reports that Schindele is hiring two external firms to conduct operational and strategic assessments. He will direct them to consider expanding price-match guarantees to ensure prices are in line with those of rivals.

“If we find that we aren’t priced right, I’ll lower prices,” Schindele said.

Schindele has specified that he wants a road map to the turnaround within in 30 days.

“We have let our guests down. And the biggest thing that’s in the way right now of us doing that is, we need to fix our operations. I believe we are going to get to the root cause of the issues and fix them and have a sustainable solution,” he said. “And that is our goal, within 30 days, to have a plan that will fix our issues one time, and be done with it.”

Schindele said it is too soon to know whether Target will close some of its weaker outlets, a cost-cutting measure suggested by some industry analysts. He indicated Target remains on track to open nine new Canadian stores this year. 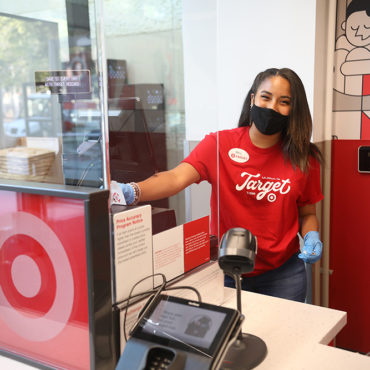