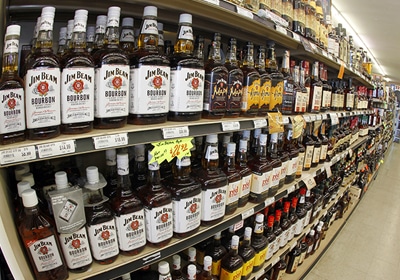 New Faces At Capitol Give Hope To Those Pushing An Old Issue: Overturning Minnesota’s Ban On Sunday

In all, there will be 21 new state senators and 23 new House members in the 201-seat Legislature when the 2017 session convenes — more than enough votes to swing the issue.
December 18, 2016

Andrew Schmitt decided to be proactive this election cycle.

Schmitt is the executive director of the Minnesota Beer Activists, a lobbying group that’s pushed legislators to peel back Minnesota’s Depression-era liquor laws over the last few years. They’ve had some successes, most notably a law that made way for the craft brewery and distillery boom across the state.

But their top issue, repealing Minnesota’s longstanding ban on Sunday sales at liquor stores, has failed repeatedly when put up for a vote in St. Paul.

So ahead of the fall election, Schmitt sent out a survey to every candidate running for the Minnesota Legislature to see where they stood on the Sunday liquor ban. Schmitt didn’t get a response back from everyone, but the ones he did get back were encouraging, with new candidates being much more open to lifting the ban.

Now, heading into the 2017 session, which will convene just after the start of the new year, both sides of the Sunday sales issue are surveying the new makeup of the Legislature to see where the votes could land. In all, there will be 21 new state senators and 23 new House members in the 201-seat Legislature when session convenes — more than enough votes to swing the issue.

“It would be very premature to say that [we have the votes],” Schmitt said. “But there is a lot of new blood, which is good.”

Attitudes changing?
Repealing the ban on Sunday liquor sales is incredibly popular with the public, but things get complicated when the debate enters the halls of the state Capitol. Powerful lobbying forces have long pushed against the repeal, and over the years, they’ve been successful.

Leading the anti-repeal effort is the Minnesota Licensed Beverage Association (MLBA), which represents dozens of small independent liquor stores around the state. They argue that Sunday sales will simply spread the same revenues over a seventh day of operation while costing more for staffing, a move that will benefit big box retailers at the expense of small mom and pop shops. The Minnesota Municipal Beverage Association, which represents city and local government operated liquor stores, also opposes Sunday sales, saying it could decrease revenues at municipal stores and increase the local tax burden. There’s also opposition from the Teamsters union, which represent workers in warehousing, distribution and delivery of liquor.

“Over the past several years at the state Legislature, we’ve seen a growing movement from out-of-state corporations to try to deregulate the liquor industry in Minnesota and dismantle our proven system,” Minnesota Licensed Beverage Association executive director Tony Chesak said in a statement. “Deregulating liquor — including allowing additional off-sale on Sundays — will have serious repercussions for small businesses, local communities, and consumers and disproportionately benefit big box retailers.”

For legislators, the reasons to vote no on Sunday liquor sales are all over the place, from religious beliefs to concerns over the health and societal costs of drinking. Some lawmakers argue they simply have more important things to work on, so they side with their local private and municipal liquor stores.
But attitudes, and votes, have been shifting, especially as groups like the beer activists have gotten more involved in the debate — mostly through social media channels.

In 2013, for example, a Sunday sales amendment failed in the House overwhelmingly, by a vote of 21-106. In 2015, though, the House vote was 57-75 against a repeal, meaning supporters more than doubled “yes” votes. In 2016, during a historically short legislative session when other big issues were also on the table, Sunday sales failed again in the House, this time on a 56-70 vote.

New members, new votes
There are a lot more unknowns heading into 2017. Republican House Speaker Kurt Daudt, who did not return requests for comment, has been a vocal supporter of Sunday liquor sales in the past, and Gov. Mark Dayton has said he would sign a bill repealing the Sunday liquor sales ban if it ever made it to his desk. But the new Senate Majority Leader, Paul Gazelka, R-Nisswa,  has consistently voted against the measure.

Over the years, moreover, Sunday liquor sales has struggled to get a full hearing in the House and Senate commerce committees, which has forced supporters to offer it as an amendment to larger, so-called omnibus liquor bills when they come up for a vote on the House and Senate floors. The chairs of those commerce committees, Rep. Joe Hoppe and newly-appointed Sen. Gary Dahms, have both voted against the issue. Neither of the chairs could be reached for comment.

Using Schmitt’s election survey and past votes, there are currently 21 senators who support Sunday liquor sales, 31 who do not, and 15 members whose position is unknown. A bill or amendment needs 34 votes to pass in the Senate. In the House, there are 55 definite supporters of Sunday liquor sales, according to the survey, and 57 opponents. But there are 22 people with unknown positions, meaning there’s room for supporters to get to the 68 votes needed to pass.

“Members who have been here for a long time have taken those votes repeatedly. That’s difficult to break from for some people. Now we have new members who are coming in with a fresh look on things and have a fresh perspective on what people in their districts want,” said Rep. Steve Drazkowski, R-Mazeppa, who has offered a Sunday liquor sales amendment several years in a row. “It was only four years ago when I was bringing this up as an amendment on the House floor and I had people urging me not to bring because it’s a dead issue.”

But anti-Sunday sales forces are also gearing up to push against the issue, and they anticipate a status-quo session, particularly with bigger issues on the table, like crafting a $42 billion budget.

“The MLBA believes our current system works for Minnesotans and opposes major changes that will simply disrupt a system that is serving consumers well,” the MLBA’s Chesak added. “As the legislative session moves forward, we’re going to continue to be active at the Capitol again this year supporting our members and anticipate  that we will be successful yet again.”

But Schmitt remains hopeful going into the 2017 session. Republicans have tried over the years to claim the populist Sunday liquor sales issue as their own, and the even debated adding it to the official party platform. And after the 2016 election, which sent many lawmakers packing who were considered “establishment,” or to close to special interest groups, repealing old rules should look a lot more appealing.

“There’s definitely momentum building, but a lot remains to be seen with leadership in the Senate,” he said. “Things are trending our way, but how soon?”