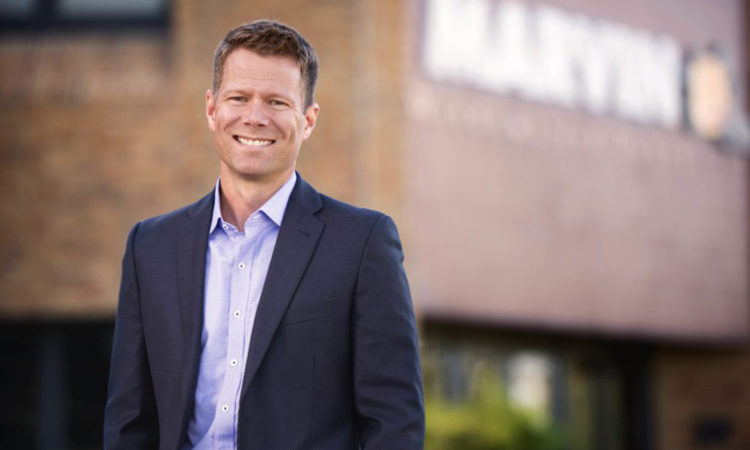 New CEO Paul Marvin has High Expectations for Marvin Cos.

Paul Marvin took the helm of the long-time family window and doors business in late August.
By Sam Schaust
September 05, 2017

After being named CEO of Marvin Companies last month, Paul Marvin revealed some of the expectations he has for the window and door manufacturer.

The 42-year-old, fourth-generation Marvin—and first of the group to lead Marvin Companies—told the Star Tribune the company is aiming for a 10 percent annual rise in sales. However, accomplishing this “won’t be easy,” he said.

To do so, the Warroad-based company will need to bring about more innovations within its industry, invest in “value-added adjacencies,” and further grow its portfolio via acquisition.

An example Paul Marvin gave was of its 2015 purchase of TruStile, a custom interior door manufacturer best known for making high-end doors out of leather, barn wood, mirrors and other materials.

“Expect more acquisitions like this,” he said, while noting the company doesn’t plan on breaking into entirely new industries. “We won’t start buying golf courses. And we will stay centered around the housing industry.”

In Minnesota, in particular, the demand for housing is at almost never-before-seen heights. The price for an existing structure has risen each month for 65 straight months, according to the Minneapolis Area Association of Realtors. The number of permits issued to build new homes in the state is up as well.

Although Minnesota’s housing industry is hotter than most states, Paul Marvin hopes his family’s business can stake an even larger claim in the windows and doors industry, which the company said amounts to roughly $23 billion annually.

Christine Marvin, cousin of Paul and director of corporate strategy and design at Marvin Companies, agreed that in order keep growing, a strategic shift would be necessary. “We are going to be evolving,” she said, “and breaking barriers.”

Marvin Companies was founded in 1912. Of the more than 5,500 workers that it employs, roughly 2,100 are located in Minnesota.