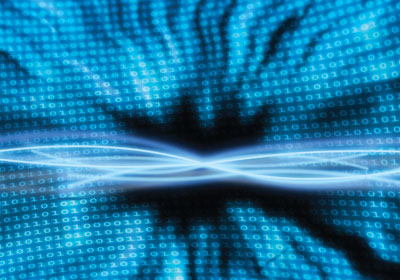 IT leaders are trying to keep software maintenance costs from swallowing their budgets.
September 11, 2010

Long after a company pays the shelf price, it still receives annual invoices for software maintenance—the fee vendors charge for patches, upgrades, and other support throughout an application’s lifespan.

It’d be a bit like buying a new car and then getting a bill for repairs, oil changes, and tune-ups at the start of every year you own it.

Software maintenance costs in recent years have usually started out around 15 to 20 percent of the original purchase price, and they tend to creep up just a little faster than inflation each year.

And so it came as sticker shock to Barry Doerscher last year when he started receiving software maintenance invoices with increases of 10 percent or more over the previous year. Doerscher is IT director for United Subcontractors, an Edina-based construction services company.

United Subcontractors counts on software for everything from planning projects to billing customers. It spends about $500,000 a year on software maintenance, so even a low double-digit increase would be significant, especially in a recession.

Doerscher caught the increases, contacted the vendors, and was able to negotiate better terms with each one. Organizations that simply write the check without asking what they’re paying for, however, run the risk of some unpleasant surprises. “If you’re not paying attention, next thing you know your operations cost is up 20 percent,” Doerscher says.

What’s behind these sudden increases? Well, the software industry, like many others, is struggling with change and a recession. Vendors are experimenting with new pricing models in hopes of finding something more sustainable, and in many cases that’s involved making less money on the upfront purchase and more from long-term maintenance costs.

IT experts say when it comes to software, it’s critical now more than ever that organizations understand what they’re paying for and are prepared to dispute cost increases that seem unreasonable.
United Subcontractors isn’t the only organization seeing software invoices that meet that threshold. There’s growing frustration among IT vendor managers who don’t understand how maintenance fees can continue to climb as if immune to the recession. That’s according to Forrester Research analyst Duncan Jones.

These annual charges have become the “lifeblood” of the software industry, Jones wrote in a May 2009 report called “Yes We Can (Cut Our Software Maintenance Costs).” They usually account for between 30 and 60 percent of a software vendors’ revenue, but almost all of that is profit. At Oracle, maintenance makes up 46 percent of revenue but at a 91 percent margin. At St. Paul–based Lawson, 40 percent of revenue comes from maintenance, which has an 84 percent margin.

Software maintenance fees can be a good value, says R. “Ray” Wang, a founding partner with Altimeter Group, a California research and advisory firm that has clients in the Twin Cities. If an organization gets regular technical support and upgrades that keep the software secure and up-to-date, there’s a fair price for reducing risk and getting the most out of existing software.

What’s happened this year and last is that organizations have put off purchasing new software because of the recession. This has left software companies (excluding software-as-a-service providers) relying almost exclusively on maintenance revenue to make their numbers.

“In a bad economy, a lot of software vendors count on maintenance fees to drive growth,” Wang says. They can’t find new customers, so they attempt to squeeze more revenue out of current customers.

The recession has only intensified a trend that’s been underway for about a decade in the software industry. Vendors have lowered the initial purchase price tag on software and instead wrapped those costs into maintenance contracts. It’s much like the way cell phone carriers do business: They sell phones for almost nothing in exchange for locking customers into long-term service contracts.
“It helps them predict and manage cash flow a little better. It helps them do a little better job of forecasting what their revenues are going to be for the upcoming years,” says Tracy Koenig, CIO of Ulteig Engineers, a Fargo-based engineering company. “Especially since the economy started seeing a downturn, we’ve seen a huge increase in vendors selling the software cheaper but not wanting to negotiate the maintenance over the years.”

One software package Ulteig Engineering purchased a few years ago came with maintenance fees that were about ten times larger than the software that it replaced. Software vendors used to expect maintenance fees to be paid a quarter in advance. Recently, Koenig has noticed some asking for fees to be paid a full year in advance, and often demanding so with little advance notice.

“I can only assume that their costs are constantly going up as well,” Koenig says. “There’s really been no silver bullet solution [for software companies]. They’re all trying different tactics.”

As a result, software purchases have become much more complex and require a lot more due diligence before deciding on a solution. It used to be that IT heads could just run the purchase price by the CFO and that was that. Today, companies need to calculate the long-term cost of ownership, and they often bring in legal and financial to help evaluate whether the application fits the company’s needs and budget.

“Get to know the vendors that you’re working with. Build strong relationships with them. Help them to understand how your business operates,” Koenig says. “Make sure they understand things like when is cash flow the best and what time of they year is it best for you to purchase software and renewals.”

Elgin Ward, a consultant with Florida-based ICN, a consulting and training firm, thinks that some software firms have gotten too greedy.
“If there is an area in the software IT industry where there is abuse, this is the area,” Ward says. He’s watched maintenance fees over the past couple of decades climb from less than 10 percent of the purchase price to as high as 30 percent today. “It’s horrendous,” he says, describing the amount of money large enterprises pay in annual software maintenance fees.

Software companies have come to view maintenance fees as a type of annuity, when they should be treating them like a service agreement. Few companies would ever consider entering a service agreement that didn’t include milestones, detailed reporting, and periodic meetings, he says. But that’s what organizations are doing when they agree to pay software maintenance fees without knowing in writing what’s included in those costs.

Jones, of Forrester Research, says companies can cancel maintenance contracts if they aren’t committed to keeping the software for the foreseeable future, if they plan to upgrade within five years beyond a current version, or if third-party support is available for the product.

Going without maintenance comes with risks, and in certain highly regulated industries such as finance and health care, updates are mandatory to stay current with changing laws and regulations. Still, the threat of cancellation is often enough to get vendors negotiating.

“You basically say, ‘You bring it down or we’re not going to buy maintenance,’” Doerscher says.

Software vendors are hearing threats like that more often, Jones writes. That pressure, along with growing competition from more flexible software-as-a-service providers, is making it more likely that software vendors will have to change even more if they want to win new business as the economy improves.

“It’s one of the unwritten rules of software that maintenance costs only go up—never down,” Jones writes. “But we used to say that about house prices, too.”