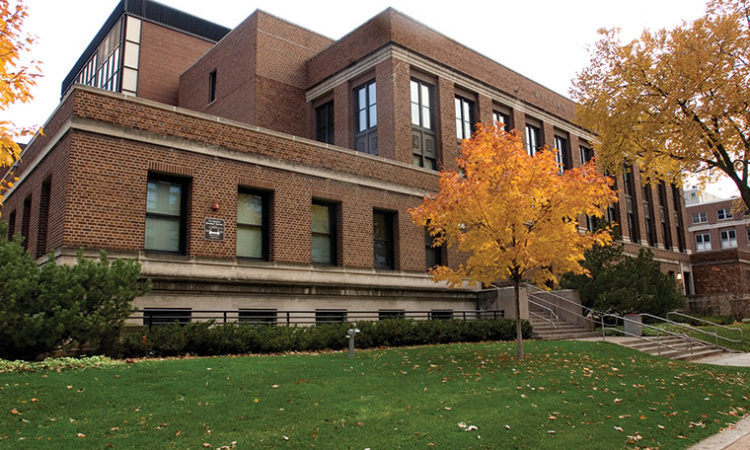 Naming the U Journalism School Hubbard

Congratulations! The university has done a great thing in renaming the School of Journalism and Mass Communication the Hubbard School of Journalism and Mass Communication, effective July 1. No local business family has done more for journalism in general, particularly at the University of Minnesota, than the Hubbards. As you know, Hubbard Broadcasting has always been family-owned and currently owns 13 television stations (including KSTP), 41 radio stations and operates the cable and satellite network REELZ.

The company has long been at the forefront of technological innovation. Radio in 1923 was one. In 1939, Hubbard bought the first television camera from the Radio Corporation of America. KSTP is regarded to be the first locally owned television station in America to provide daily news programs beginning in 1948. The company recognized early that television would become an important news medium. And true to its technologically innovative culture, Hubbard Broadcasting pioneered satellite broadcasting for news gathering through CONUS and direct-to-home reception through United States Satellite Broadcasting (with DIRECTV). The company’s involvement in the untested medium of satellite was a “bet the farm” play.

But Hubbard had no problem betting on the university, which it has done consistently and generously over many years. The journalism school has been a prime beneficiary, but so has Gopher athletics, the Masonic Cancer Center, the College of Science and Engineering’s large telescope project and many others.

Now, of course, because this involves journalists, the announcement was met with a degree of criticism. One local critic suggested that the university was selling naming rights to the highest bidder. But the tradition on university campuses of naming buildings or programs for wealthy donors hardly started with Stanley Hubbard. The very building in which the journalism school is located, Murphy Hall, is named after a major benefactor, former newspaper publisher William Murphy. TCF Bank Stadium is named after, not surprisingly, TCF Bank Holding Co. Ridder Arena is named after a major media family donor. The Carlson School of Management is named after a celebrated local business family. The real wonder is not that buildings or programs are named after wealthy benefactors; the real wonder is why this university is not called Taxpayer University!

Others questioned the Hubbard naming because Stanley S. Hubbard is “a Trump supporter” and a “climate-change denier.” Stan has also been a contributor to Sen. Amy Klobuchar, but that did not make any of the critics’ “headlines.” I’ve had the honor of knowing Stanley S. Hubbard for many years, and I think it’s fair to say that he—like many journalists—is a skeptic. He is skeptical of a scientific consensus (I recall another popular scientific consensus: eugenics). Following a discussion I had with Stan about climate change, I received four scholarly books and a telephone call from a professor at MIT, all of whom shared his skepticism. While I disagree with him, skepticism is a good thing in the business of journalism.

Mainstream journalism could often benefit from a little more skepticism. For example, the Washington Post should have been skeptical of Janet Cooke before she won a Pulitzer Prize, the New York Times of Jayson Blair, and the New Republic of Stephen Glass. Journalism, and particularly electronic journalism, is the first draft of history, but not usually the final draft.

And lastly, we come to the charge that Hubbard Broadcasting will no longer be critical in its coverage of the University of Minnesota. If there is anything KSTP-TV has covered aggressively over many years, it has been the University of Minnesota. KSTP was the first to carry an interview with Dr. John Najarian about the university’s experimental drug dispute. KSTP was the first news source to report and post the Equal Opportunity and Affirmative Action (EOAA) report that led to accusations against 10 Gopher football players. Most recently, it was KSTP that was the first to report Randy Handel, an associate athletic director, had been the subject of an EOAA investigation and to find that he had engaged in sexual harassment. Hubbard Broadcasting was right to break this story; the university is trying to contain it, which left the Board of Regents the subject of journalistic ridicule (http://www.strib.mn/2qC5BPU).

And so it is with great pride that I note the University of Minnesota has done a good thing here; it has celebrated a local family that has pioneered innovation and journalism and has fearlessly and skeptically pursued that journalism. Ski-U-Mah.